Lea Michele Controversy: ‘Glee’ Actors and Other Co-Stars Speak Out 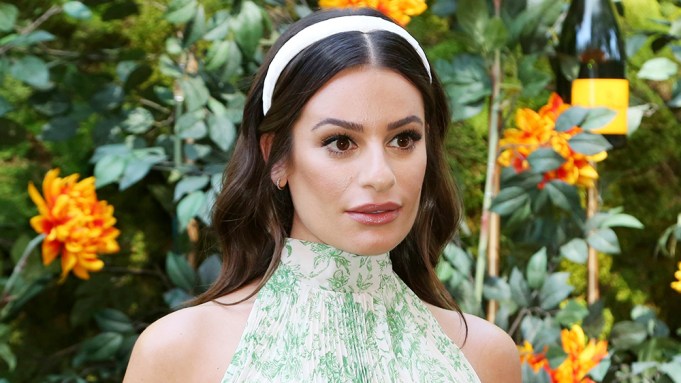 Lea Michele is under fire following accusations made on Twitter by her former “Glee” co-star Samantha Ware, who said Michele made her life a “living hell,” while working on the show.

In the midst of the controversy, many of Michele’s former colleagues from various productions have backed up the sentiment expressed by Ware, establishing a pattern of her apparent on-set behavior.

Ware came forward with her claims when Michele tweeted about George Floyd with the Black Lives Matter hashtag. Ware wrote, “Remember when you made my first television gig a living hell?!?! Cause I’ll never forget. I believe you told everyone that if you had the opportunity you would ‘s— in my wig!’ amongst other traumatic microaggressions that made me question a career in Hollywood.”

After Ware’s tweet caught fire with swift backlash on social media, resulting in Michele losing a brand partnership, Michele released a lengthy apology statement on Instagram, writing, “While I don’t remember ever making this specific statement and I have never judged others by their background or color of their skin, that’s not really the point. What matters is that I clearly acted in ways which hurt other people.”

Despite her apology, the accusations continue to roll out from actors who worked with Michele on “Glee,” ABC’s “The Mayor,” Fox’s “Scream Queens” and the Broadway show “Spring Awakening.”

Michele’s rep has not responded to Variety‘s repeated requests for comment. 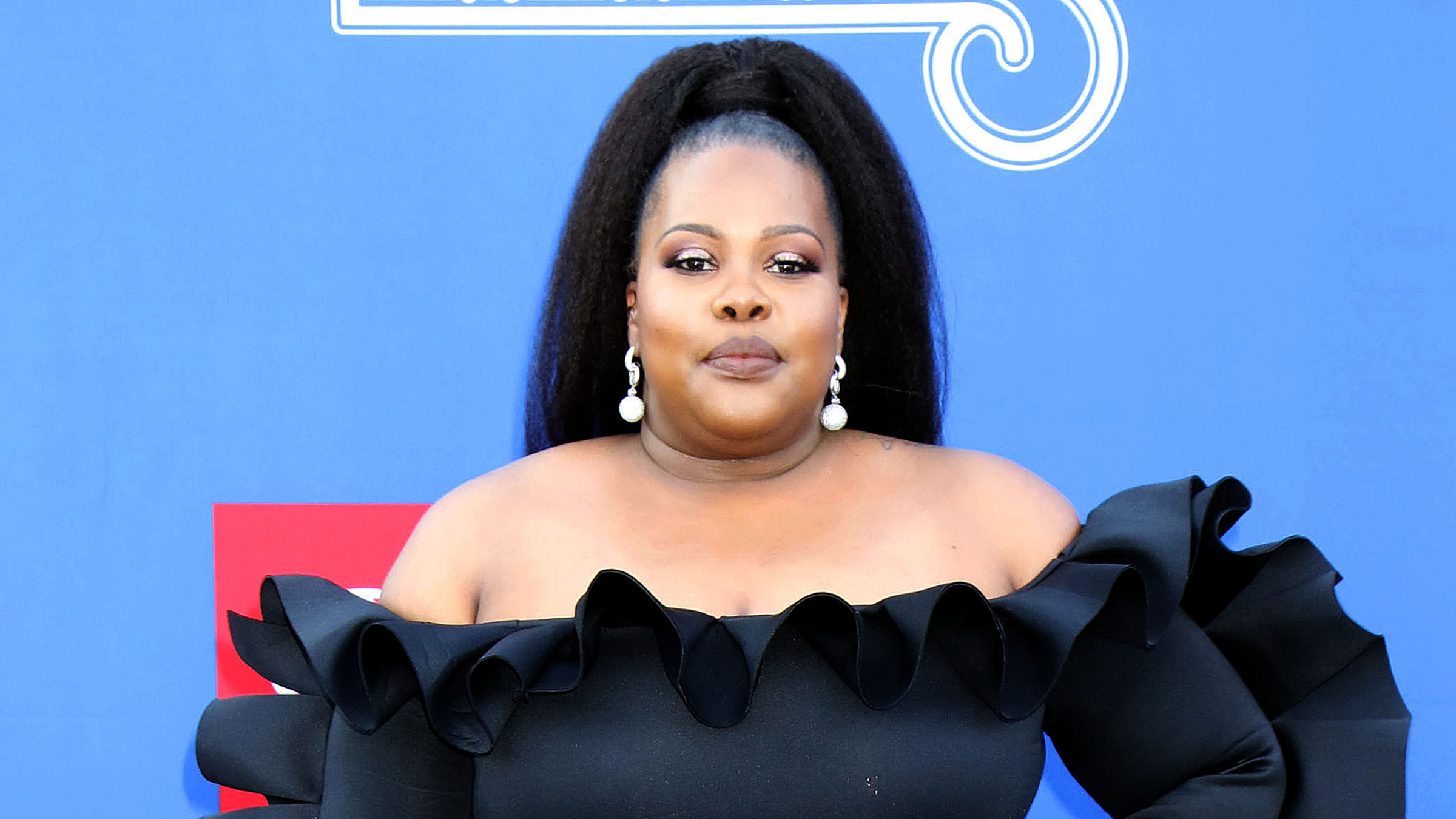 Riley, who was part of the “Glee” regular core cast for all six seasons, alongside Michele, not-so-subtly weighed in by posting a few GIFs of herself, including one where she is sipping tea. The “Glee” star stood by Ware’s comments and said she’s had other Black actors and actresses tell her similar on-set stories in an interview on “Real Quick with Danielle Young.”

“I’m not going to say that Lea Michele is racist. That’s not what I’m saying. That was the assumption because of what’s going on right now in the world and it happened toward a Black person,” Riley said. “I’m not going to say that she’s racist. She’s also pregnant and I think that everyone needs to chill. Y’all dragged her for a couple of days. But at the same time, in my inbox there are a lot of Black actors and actresses telling me their stories and letting me know they have dealt with the same things on set, being terrorized by the white girls that are the leads of the show,” Riley said. 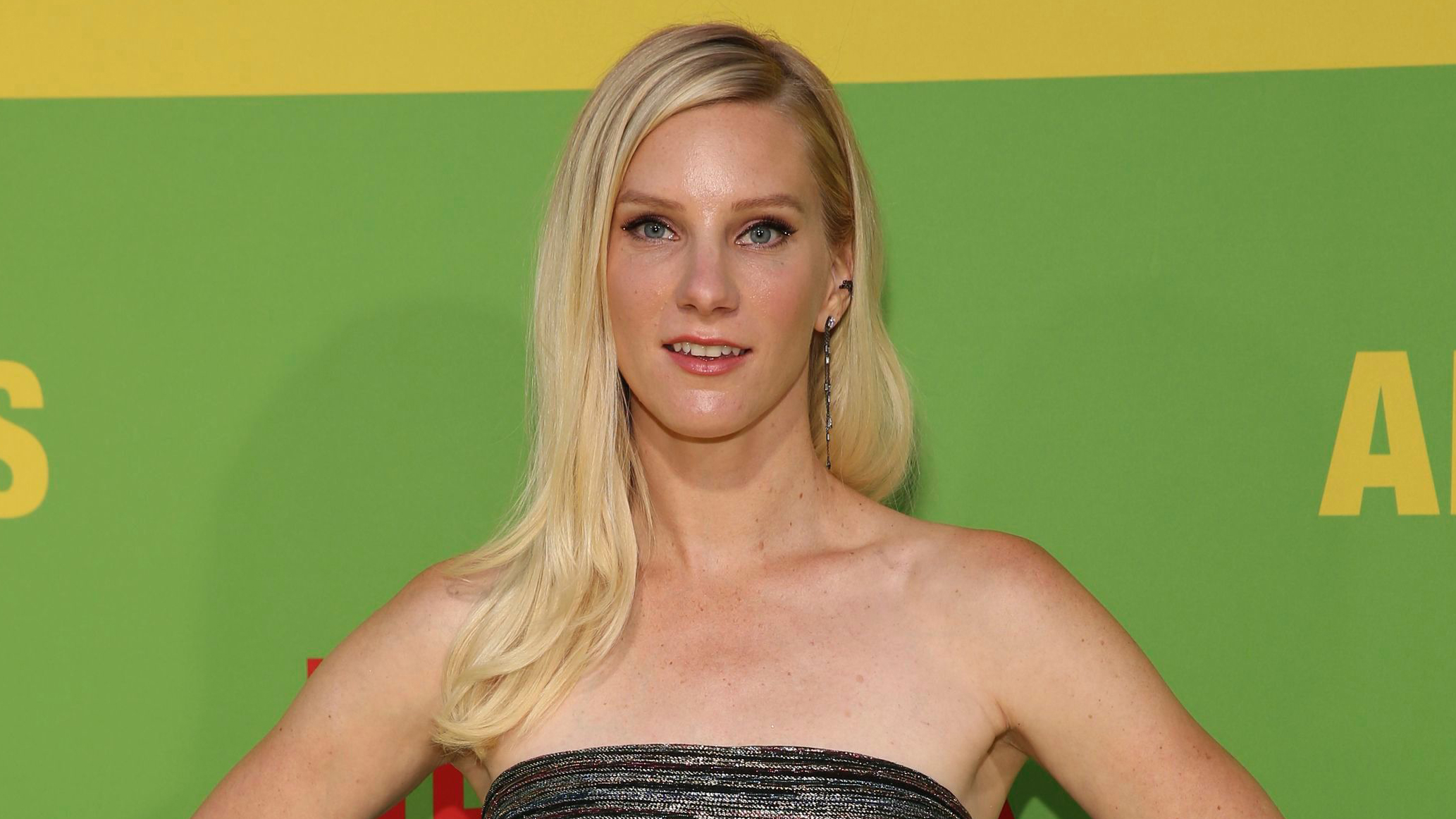 “Let me be very clear, hate is a disease in America that we are trying to cure, so I would never wish for hate to be spread to anyone else,” Morris tweeted. “With that said, was she unpleasant to work with? Very much so; for Lea to treat others with the disrespect that she did for as long as she did, I believe she should be called out. And yes, it’s also on us because to allow it to go on for so long without speaking out is something else we’re learning along with the rest of society. But, at the current moment its implied that she is a racist and although I cannot comment on her beliefs, I think we’re assuming, and you know what happened when we all assume.” 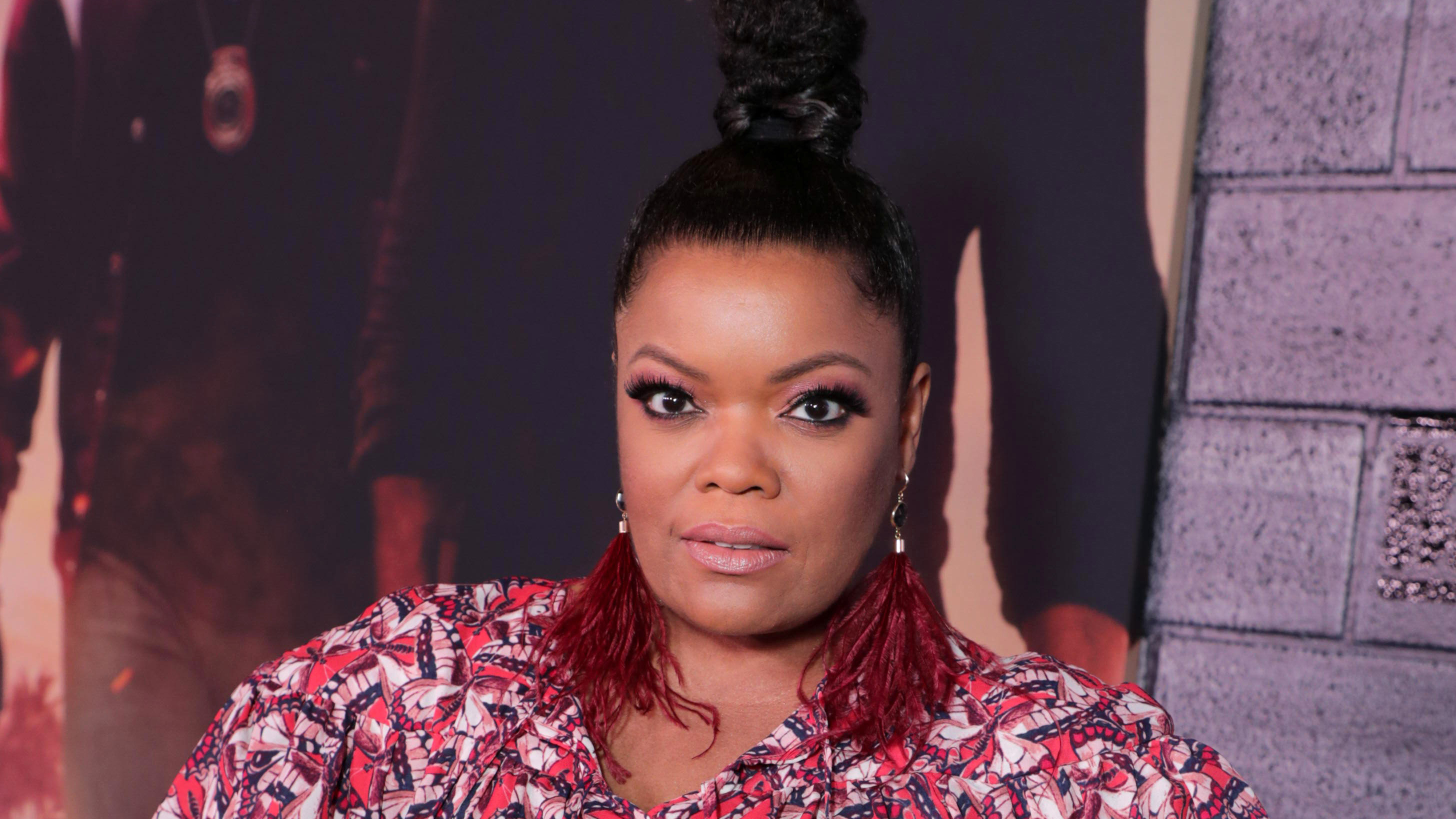 The “Community” star, who also starred on ABC’s “The Mayor” with Michele, responded to Ware’s original tweet, writing: “I felt every one of those capital letters.” She tweeted, “Every person on a set matters. Every person on a set deserves respect. And it is the responsibility of every series regular to make every person who visits their home feel welcome. This dismissive attitude is what’s wrong in Hollywood and the world.” 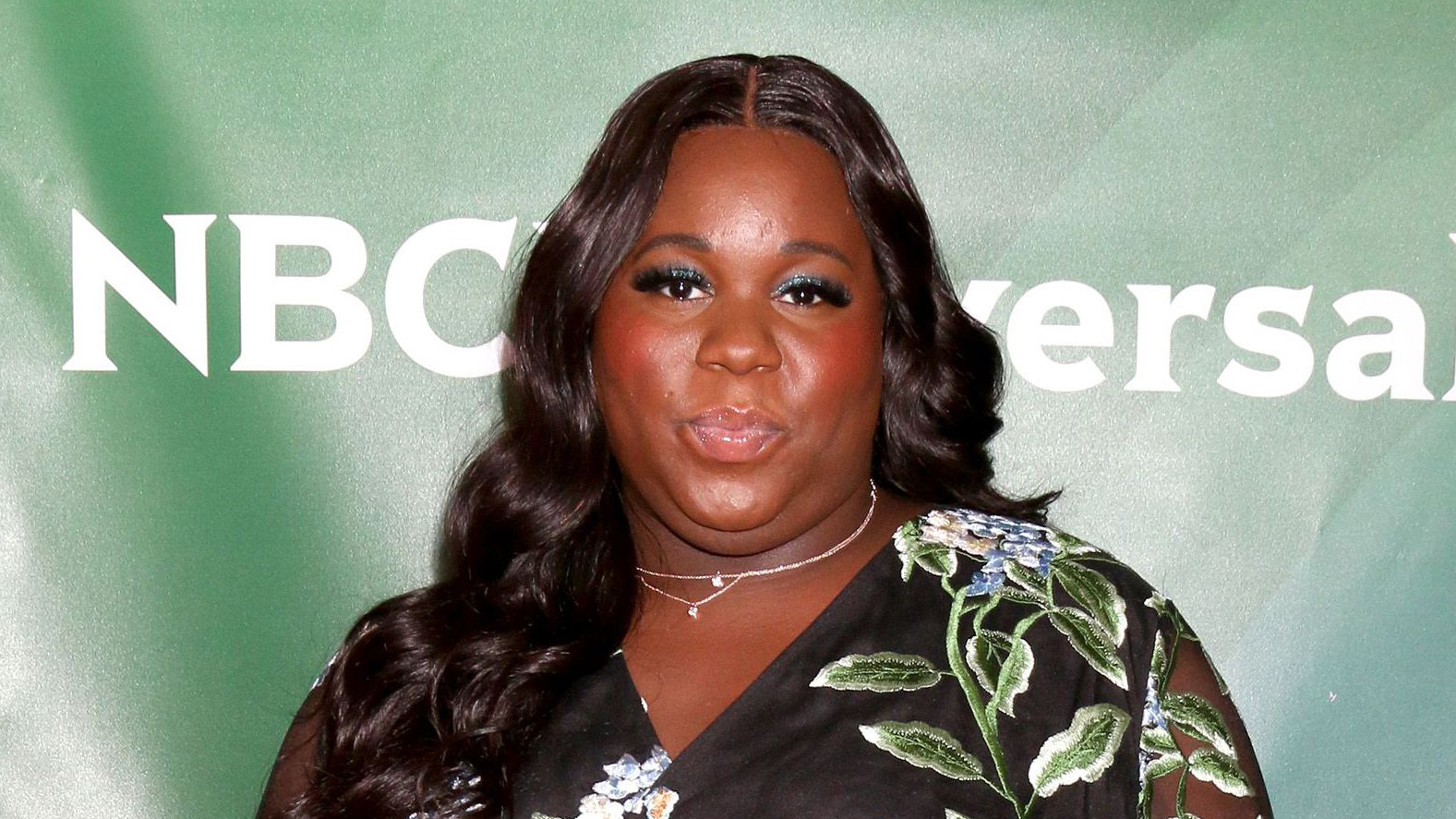 Newell, who joined “Glee” in the middle of the show’s run, posted numerous GIFs on Twitter, reacting to Ware’s tweet. He also responded to many Twitter users who were commented. “We ain’t got not a damn thing to lie about 6 years later!” he wrote to one follower. He later tweeted, “I’m gonna say this one time…when my friends goes through something traumatic I also go through it…that’s what friendship is…and if you can’t understand that then you’re part of the problem… and that’s on periodt! And I mean that for both sides of this coin!”

Canonico, who worked as an understudy on the Broadway play “Spring Awakening,” commented on Michele’s Instagram apology, writing that his first comment on her account was deleted.

“Seems to have been deleted. So I’ll try again,” Canonico wrote. “You were nothing but a nightmare to me and fellow understudy cast members. You made us feel like we didn’t belong there. I tried for years to be nice to you to no avail. Maybe actually apologize instead of placing the blame on how others ‘perceive’ you. You’ll probably just delete this though.”

The actor, who appeared on one episode of the Fox series in 2014, said Michelle wouldn’t let him sit at a table with her and the cast. “Girl you wouldn’t let me sit at the table with the other cast members cause ‘I didn’t belong there.’ F— you Lea,” Snell tweeted in all caps.

The “Supergirl” star, who joined “Glee” in its fourth season, liked Ware’s tweet. She also liked tweets by Newell and Riley, seemingly showing her support.

The Oscar-nominated actress co-starred with Michele on Ryan Murphy’s “Scream Queens,” which ran for two seasons on Fox. Breslin liked a tweet that said, “Not everyone agreeing that something felt off about Lea Michele…where have y’all been I’ve been saying this for years??? I thought I was alone.”

In late June, Morrison, who starred as Mr. Schuester on “Glee,” was asked about Michele’s behavior during an interview when he was speaking about the closure of theaters during the coronavirus pandemic.

“I honestly think it’s a distraction of the bigger issues that are going on right now…It’s kind of like, ah,” Morrison said when asked about Michele on Fubar Radio. He added, “You want to be a good, pleasant person to be around. That’s about all I’m going to say on that.”