Keke Palmer on Hosting Quibi’s ‘Singled Out’ Reboot, Why the Streamer’s Strategy Is ‘Smart’ for the ‘Phoner’ Generation 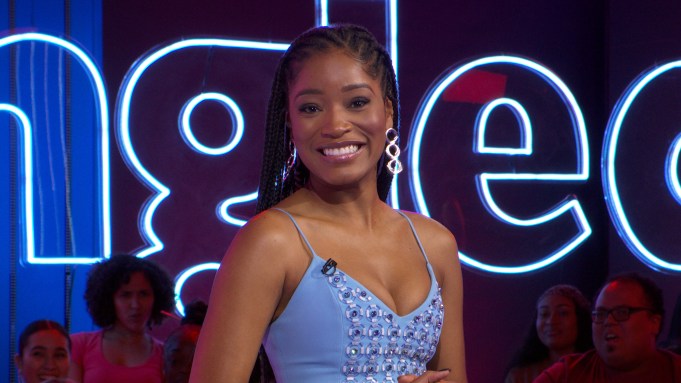 Keke Palmer has already proven to be a master of modern communication, but with Quibi’s “Singled Out” reboot, the actor/singer/TV host and meme queen is speaking to a whole new generation.

“The first thing that shot out to me was that I’d get the opportunity to usher in something a little bit more for the ‘phoners,’ for the people that are watching television on their phone and trying to get into what’s happening through the phone,” Palmer told Variety on the “Variety After-Show,” explaining why she wanted to host the dating show. “I was like, ‘Okay, the Millennial Diva Keke has to get on board with it.’”

Though, at 26, Palmer’s a little young to remember MTV’s ’90s classic, she said she’s a big fan of the network (and the show’s former host Jenny McCarthy — “That’s my girl; I love her”) and watched clips of past episodes before signing on.

“The fact that this was like a nostalgic kind of thing where we’d be bringing something back and merging it with today’s time and what’s current was also something I loved,” she said. “I love hosting [though] I never did anything like this in the dating world. But I’m always talking about love and relationships, that’s one of my favorite topics.”

For the most part, the new “Singled Out” sticks to its roots, featuring speed-dating singles who choose a partner from 30 suitors that answer saucy questions and participate in silly physical challenges. But it also features a new twist — the contestants have some sort of prior connection to each other.

“A big part of this version is the fact that some of the people that you might get the opportunity to date, you already know,” Palmer explained. “It’s not really a whole group of strangers. It’s really like, ‘Oh, the person I was dating and stopped seeing’ or ‘Whoa, my friend that works with me at my job, I never knew they had a crush on me.’”

Since its debut on Monday, “Singled Out” (which Palmer co-hosts with comedian Joel Kim Booster) has quickly become one of the most well-received offerings on the app, praised especially for its inclusivity. The first episode features a black bisexual woman choosing from both male and female suitors, and an episode with a drag queen as the lead dater has been teased in the season’s previews.

“With television shows — whether it was reality, whether it’s a sitcom, whether it’s whatever — it’s got to be exemplary of the world today,” Palmer said. “To me, what we were going for with ‘Singled Out’ is to represent the world and everybody’s love life.”

And with Quibi standing for “quick bites,” this version of “Singled Out” boils the dating drama down from 30 minutes to just 10 minutes. Palmer shared her take on the streaming platform’s innovative strategy.

“I think it was really smart,” she said. “I think we all have so much stuff going on, and also our phones are going to become like an extension of our lives, our planning, our relationships, our everything. And so to imagine that when you’re on the subway going somewhere you would want to check and just see a quick little show and just see what’s going on even in the news or whatever. … I think that’s just the way we receive information. It needs to be quick, it needs to be easily accessible, and the app is created just for that.”