Keke Palmer Passionately Asks National Guard to ‘March With Us’ at L.A. Protest 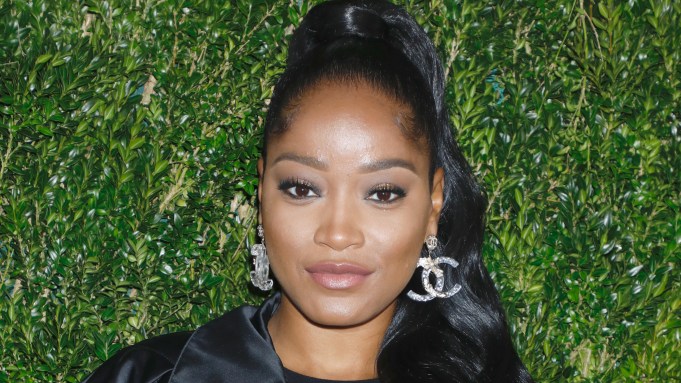 In a video posted to Twitter, actor Keke Palmer is shown passionately speaking with members of the National Guard during a Los Angeles protest, asking them to march in unity with her and the demonstrators.

In the clip, posted by NBC News reporter Gadi Schwartz on Tuesday, Palmer addresses President Trump’s controversial tweet from Friday that said “when the looting starts, the shooting starts.” She and other demonstrators took to the streets to protest George Floyd’s death and police brutality.

“You have a president that’s talking about the second amendment as a use for people to use firearms against the people that are protesting,” she said.

Twitter flagged Trump’s tweet as inciting violence; he later posted that he meant when looting occurs, people get shot. The phrase has racist origins, when Miami police chief Walter Headley used it in 1967 at a press conference to enact tougher policing policies in the city’s black neighborhoods.

The “Hustlers” star went on, adding “You have to pay attention to what is going on. We have a president that’s trying to incite a race war.”

“This is when we need your help, and you all stand with the community, with society to stop the governmental oppression, period,” she continued, to which one guardsman responded, “I agree.”

Palmer goes on to request the guardsmen march with her and fellow protestors: “March beside us. Let the revolution be televised, march beside us and show us that you’re here for us.”

One guardsman tells her he would be willing to march from one intersection to the next, but cannot go further because he has to protect nearby businesses. Another demonstrator asks if the guardsmen would be willing to kneel as a sign of solidarity, which he and others do.

Palmer seems to express disappointment that they would not march by saying, “OK. I’m at a loss. I don’t know. That ain’t enough for me.”

When asked for a follow-up comment, a rep for Palmer said “she wanted these words to speak for themselves.”