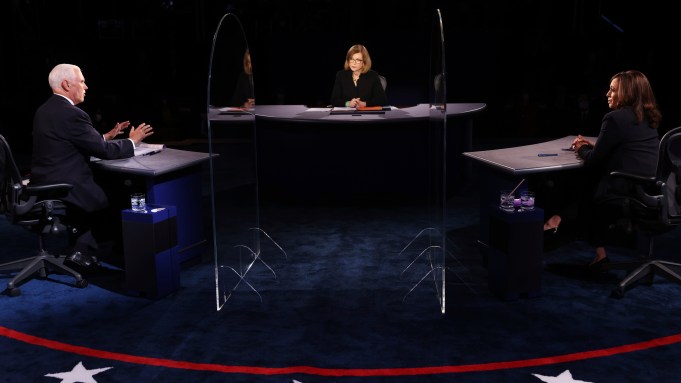 Wednesday night’s Vice Presidential debate was a lively affair, as Kamala Harris described the Trump administration’s response to COVID-19 as “the greatest failure of any presidential administration in the history of our country.”

Perhaps partly due to the fact it was far more watchable than the Trump-Biden debate, the Harris-Pence affair attracted a much larger audience than the 2016 debate between Pence and Tim Kaine. According to Nielsen numbers, around 57.9 million viewers tuned in last night across all the networks that aired the debate. That’s up around 36% on the previous VP debate. The 2016 contest scored the smallest television audience for a vice-presidential contest since the year 2000, ending up with 37 million total viewers all told.

Looking at the individual networks, Fox News came out on top with 11.3 million total viewers, followed by ABC with 9.4 million. CNN came third with 7.3 million viewers, while MSNBC finished just ahead of NBC with 6.7 million viewers to the latter’s 6.6 million. CBS drew 5.2 million viewers with its coverage, and Fox brought up the rear with 4.1 million.

The final tally, including PBS, Telemundo, Univision, and out-of-home viewing will be available later in the day.

Elsewhere in ratings world, “The Masked Singer” kicked off the night for Fox with a 1.4 rating and 5.7 million total viewers, a loss of over 1 million viewers from the previous episode.

“The Weakest Link,” hosted by Jane Lynch, came in even at a 0.8 rating and 4.5 million viewers for NBC, while “Big Brother” delivered a 0.9 rating and 4.2 million pairs of eyeballs for CBS.