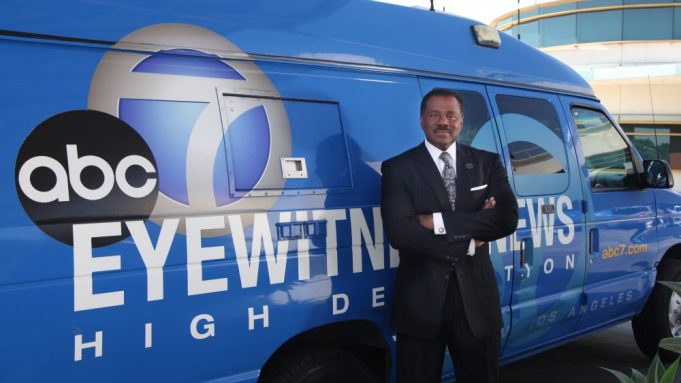 As KABC/Channel 7 anchor Marc Brown covers the ongoing protests against police brutality, as well as the unrest that has followed, he’s mindful of not repeating some of ways that local TV did — and didn’t — cover the 1992 Los Angeles uprising.

“In 1992, it became just coverage of looting, coverage of fires,” he told Variety of the events following the Rodney King trial, in which officers were found not guilty in the beating of an African American man, despite video proof of the assault. “The problem between the community and police kind of got glossed over and left behind in the carnage that we were having to report on.”

“I wanted to make sure that as we cover it, that we don’t make the kind of mistakes that were done then. We can’t cover this in a way that it’s just glossing over the root causes of it,” he said. “And that I think was part of the problem in 1992. Maybe it’s the benefit of perspective of having covered basically two of these now.”

Nonetheless, in the wake of nationwide protests following the killing of George Floyd by Minnesota police, local media is once again being criticized for focusing too much on the looting and police activity happening around Southern California, and not enough time on the peaceful demonstrations, the recent unprovoked violence by police forces against those protesters or the underlying issue of police brutality that has inspired protesters to act. Brown said those concerns are valid, and it’s something that he’s aware of as he anchors KABC’s coverage.

“We’re covering a story that has really complex origins and complex manifestations and you can’t do that in a simple way,” Brown said. “You can’t cover this the way we would cover high speed pursuit, or a homicide or even COVID-19, for that matter.”

Brown and co-anchor Ellen Leyva discussed this at one point on Sunday as they shared video of two young men expressing their concerns to a KABC reporter about how the protests are being overshadowed by coverage of looting and other criminality.

“That’s an example of how we’ve evolved,” Brown said. “In 1992, we wouldn’t have done that. Somebody might have said that live on the air, and we would have had no choice but to run it. But would we have run a recorded interview criticizing the news media, including us, for the way we cover things? No, we wouldn’t have. We’re doing that now, because we’re there to give voice to people who whose voices aren’t heard. I’m very proud of that.”

The next day, a KABC helicopter reporter began to suggest that police was rounding up “protesters,” but quickly caught himself and corrected it to “looters.” Not all of KABC’s competitors have been as conscious, however: On one station, reporters were cavalierly referring to looters as “Antifa” without any sort of proof, or even explanation what that was. Another station featured a helicopter reporter using “protesters” and “looters” interchangeably.

“They’re doing it wrong,” Brown said. “They’re letting their biases, their own personal beliefs, slip into their coverage and it’s coloring the way they do the news. This has been the complaint for years, that it’s a discrediting of people who have a righteous, absolute point to make that is grounded in reality and grounded in real pain. If we forget about that and start to just focus on the actions of a few bad actors and not on the pain that caused this, we’re doomed to do it again. Martin Luther King said riots are the language of the unheard. Our job is to hear, our job is to listen.”

Looking back at covering the 1992 unrest as a field reporter for KABC, Brown said he couldn’t believe at the time how one of his colleagues was framing it — and he even called into the station to complain about this person.

“He kept using the word ‘thugs’ to describe people who were committing various acts, whether it was looting, setting fire and all that,” Brown remembered. “We can’t label people like that. That’s not our job. The word ‘thug’ has become a code word for the ‘n’ word. Let’s not kid ourselves. That’s a word that can be used in polite society where the ‘n’ word can’t, but it has the same meaning. Because it’s only being used to describe men of color. It isn’t being used to describe others. This guy was just labeling and throwing these pejoratives out.”

Especially in covering unrest such as this, Brown said it’s critical not to resort to hyperbole. “We’re just sticking to what we see, being careful to describe only what we see,” he said. “Drawing conclusions if we can, based on what we see, but not venturing too far out into conjecture and into things that we can’t really know. I think we’re a lot more cautious now, I think we’re a lot more mindful of how our reporting is perceived. And also we’re more mindful that we’ve got to represent all points of view here.”

Brown also said he believed it was important to anchor the news with the perspective he has, living in this nation as an African American man. “I’ve had a police officer draw his gun on me,” he said. “When I was in college, and I was just lucky that he decided not to pull the trigger. I didn’t make any sudden moves but as we have seen, that doesn’t necessarily mean anything. And I share the frustration.

“I’m older now, so I’m not in the high risk group, I guess you would call it, of young men that that end up so many times on the receiving end of unjustified police violence,” he said. “But I still worry about it. I have children. And it’s part of my thinking, it’s part of my existence as an African American man.”

Brown said he remembered the talk that his father gave him when he learned how to drive: Pointers on what to do when pulled over by a cop, in order to stay alive.

“All of this stuff I was told by my dad, which is about compliance,” he said. “But then what you see time and time again is that even that doesn’t work. And it’s frustrating. It’s like, what other hoops do we have to jump through in order to not be killed? And I feel that. And when I feel it, I feel the same frustration and anger and sadness, as everybody else who’s out there on the street. That’s an understanding that I can bring to the table in my reporting that maybe other people can’t. So it’s my duty to give voice to that. Because it’s a legitimate voice and a legitimate feeling.”

It’s still an ongoing process for news organizations like KABC. Brown said the station was relying on police tactical experts on Friday night, before realizing that they needed to expand the scope of experts on the station’s air.

“We all recognized early on that this is not just a story of police tactics and how the police respond but it’s sociological and societal story,” he said. “So on Saturday, when we continued our coverage, we started to bring in people with that perspective. We’ve managed to find a psychologist who deals specifically in trauma caused by racism. We started to bring in voices that could put this in context. That was a conscious effort to bring people in.”

But many newsrooms aren’t necessarily thinking that way, and part of the problem is a lack of diversity and representation among the higher-up decision makers ultimately deciding what’s going over the air.

“The reporters are out there and they’re going to do their best,” he said. “We have a pretty diverse staff of reporters. And they’re doing their job. The difficulty has always been having people of different backgrounds making the higher-up decisions.”

Meanwhile, Brown noted that he continues to see a rise in attacks on journalists, starting with “people who say that we were anti-administration, that we’re giving out fake news. Now we’re being attacked not only by those people, we’re being attacked by people who say we’re too cozy with the status quo and that we’re in support of police brutality. Our crews out in the field are bearing the brunt of that. I might get a mean Tweet every now and then but people out there are getting verbally abused and in a couple of instances, they’ve been physically roughed up.”

Add that to several months of covering the COVID-19 pandemic, and “we’re exhausted. We’re tired,” he said. “And we’re looking ahead. It’s June. Pretty soon it’s going to be brushfire season. And then after that it’s going to be the election, and all the turmoil that we can expect based on what we’ve already seen. It is going to be a difficult year.