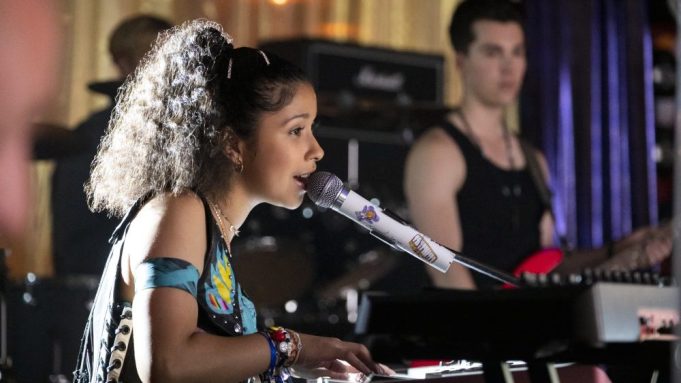 Director Kenny Ortega knew he had found the lead for Netflix’s “Julie and the Phantoms” when he saw Madison Reyes’ audition tape after casting directors had put out requests to performing arts schools across North America. Reyes, now 16 but aged 14 at the time of her audition, blew away Ortega with her rendition of a song from the musical “Waitress.”

“I was looking for ‘Julie from the block.’ I wanted something a little more raw, and more authentic and relatable,” Ortega tells Variety. “[I] turned on her video, and I was bedazzled. I had goosebumps all over my body. I had tears streaming down my cheeks. Her audition was as unique and special as I have ever seen.”

Reyes stars as the titular high school student who forms a band with the ghosts of a former ‘90s pop rock band (played by Charlie Gillespie, Jeremy Shada and Owen Patrick Joyner). The show, streaming now, is based on the Brazilian series “Julie e os Fantasmas.”

The teen actor/singer, who was born in Brooklyn, hails from Allentown, Penn., and is of Puerto Rican heritage, says knowing that young viewers of color will see themselves represented on-screen is something she takes to heart.

“It’s incredible. I can picture my little self looking up at the TV and kind of seeing Zendaya for the first time and being like, ‘Wow she looks just like me,’ and ‘Look at her. She’s doing these incredible things,’” she says, adding that she also looked up to Vanessa Hudgens starring in “High School Musical” (which Ortega also directed and choreographed). “Being able be the role model for [people] is crazy — knowing that there’s going to be little girls, and little boys as well, as looking up at me and just being like, ‘Wow, she did it.’”

To prepare for the rigors of being on a music-heavy show, cast members went through a two months-long “band camp” where they practiced instruments, singing and dancing. The soundtrack to “Julie and the Phantoms” has held a top spot on the iTunes soundtrack chart since its release. And while billed as a family show, the 10-episode series includes arguably more mature storylines about loss, grief and young romance, including one between two gay characters, Willie (Booboo Stewart) and Alex (Joyner). It’s something star Cheyenne Jackson says he would like to see more of in a second season, which has not yet been confirmed.

“I think it’s actually very progressive and kind of amazing to have to have this story on the show and have it just be easy — not a lot of drama and not [fraught] with guilt or shame. It’s just like two cute boys — the cute blonde in the band is dating a skater,” Jackson, who plays villain Caleb Covington, says. “What I want to see for season 2 is a duet between the two of them. I think queer kids need that.”