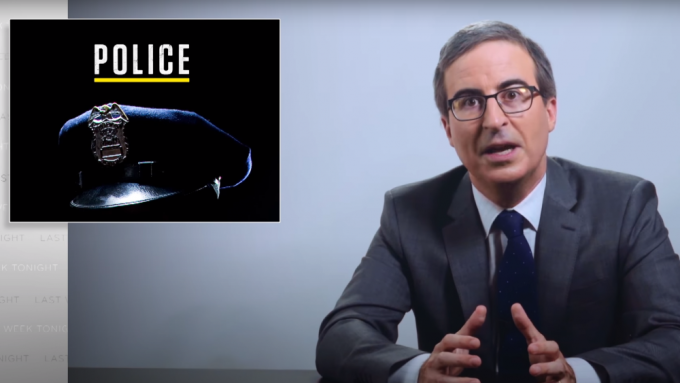 John Oliver made an impassioned argument for defunding the police on Sunday’s episode of “Last Week Tonight.”

Oliver, who dedicated the entire segment to the growing support for the Black Lives Matter movement, calls to rethink the functions of American law enforcement in the wake of the murders of George Floyd, Breonna Taylor and countless other Black people at the hands of law enforcement.

“Defunding the police doesn’t mean we eliminate cops and succumb to the Purge,” Oliver said. “Instead it’s about moving away from a narrow conception of public safety that relies on policing and punishment, and investing in a community’s actual safety net, things like stable housing, mental health services and community organization.”

Over the course of the 33-minute episode, Oliver examines the law enforcement’s history of discrimination in the United States, as well as its steady militarization under both Republican and Democratic administrations.

Oliver also lays out the pattern of opposition that police organizations demonstrate when pushed to reform, pointing toward police unions as a significant obstacle in keeping officers accused of misconduct off the street. He explained that many officers are granted legal immunity, even in particularly egregious cases of excessive force.

“This clearly isn’t about individual officers. It’s about a structure built on systemic racism that this country created intentionally and now needs to dismantle intentionally, and replace with one that takes into account the needs of the people that it actually serves. This is going to take sustained pressure and attention over a long period of time from all of us,” he concludes.