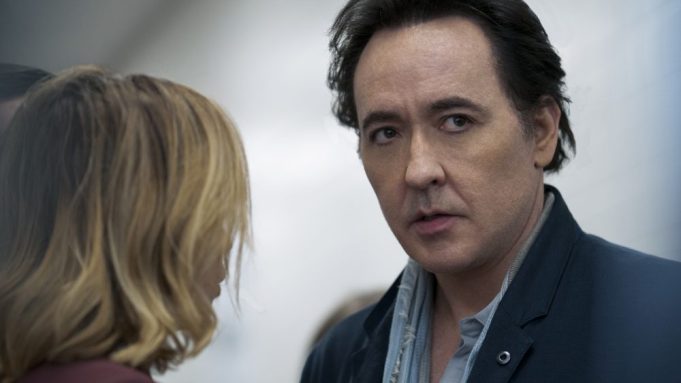 The role ultimately went to Bryan Cranston, who earned six Emmy awards, and Cusack confirms to Variety that he was never actually offered the part.

“No, I never was, and it was one of those things where I heard it so many times I started to think maybe it was true. And I ran into the creator of ‘Breaking Bad’ [Vince Gilligan], and I said, ‘Am I crazy or did you offer me Walter White? He’s like, ‘No,’” Cusack recalls.

A fan of both “Breaking Bad” and its spinoff “Better Call Saul,” he says he doesn’t even want to entertain the thought of whether he would have taken it. “I don’t even want to think that because the absolute perfect actor got it. It was the perfect actor for the piece, so like why would you want to take away Bryan Cranston’s performance in that? That would be bad karma.”

There certainly is enough bad karma to go around in “Utopia,” created by Gillian Flynn and adapted from a 2013 British sci-fi drama of the same name. It centers on a group of comic book enthusiasts who track down a rare edition of a beloved graphic novel that has predicted worldwide epidemics, only to uncover even more intricate and darker conspiracies.

“[He’s the real scientist] doing the work with the test tubes and the funding, who just cares about the data and doing things right,” says Wilson. “This is why science has become so important in this day and age — because scientists can be vilified. Science is often seen as a liberal conspiracy, and it’s super important, to me, to support our scientists.”

Cusack says the real-life parallels are “surreal.” “Of course, nobody wants the west to be on fire, or be to living through a pandemic. So, I mean, the show wasn’t made to exploit any of those realities,” he says. “But it’s a dystopian theme, and it’s also about the globe is hurtling towards climate extinction with global warming and nuclear war and all these grave existential threats that we face — so there’s no doubting that that was part of the theme.”