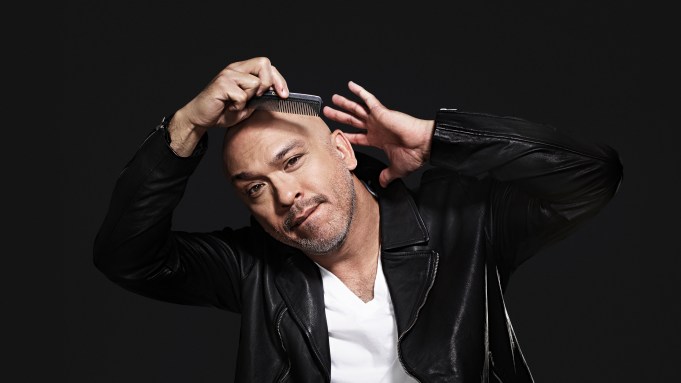 For Jo Koy, filming his latest comedy special in the Philippines was what he calls an item on his bucket list. In “Jo Koy: In His Elements” — his third special on Netflix, out on June 12 — he shares the stage with fellow Filipino American performers and comedians including Joey Guila, Andrew Orolfo and Andrew Lopez, breakdancer Ronnie and Philippines-born singer/songwriter Inigo Pascual, among others.

“[When] they gave me this special, it’s kind of like this Filipino thing, when one person makes it, you open the door and bring other Filipinos in,” he says on “Variety Live!” “So, that’s what I did. I was in the Netflix building, and I opened the door and I was like, ‘I got some more Filipino friends. Let’s go. Get in here. Come on, before they close the door!’”

Koy, whose mother is from the Philippines, recalls his own desire to find a familiar face in pop culture and his struggle explaining his half-white half-Filipino heritage growing up in Washington state during the ‘70s and ‘80s.

“Me mentioning, ‘Oh, I’m also half Filipino,’ no one knows what that is. Like, ‘What’s that? What’s a Filipino? What do you guys eat?’” Koy recalls.

“In His Elements” — which is part stand-up showcase, talent show and Anthony Bourdain-inspired travel log — then is a chance to share his beloved culture with audiences, down to his favorite dish (chicken adobo), the Tagalog language and riding around in a jeepney in Manila.

“It was just one moment where I can show the world how beautiful my culture is and me giving back to a culture that gave so much to me. You know, my livelihood is based on me talking about being Filipino,” he says.

Although he admits it wasn’t something he always readily embraced when he first started his standup career, “and not because I was like, ‘I don’t want to talk about it.’ It’s because I didn’t understand how to deliver the funny, without being too specific or going, looking at the crowd, ‘All right, many of you guys are not gonna get this, because you’re not Filipino,’” he recalls.

Koy’s special comes right on the heels of fellow comedian Dave Chappelle and his latest special “8:46” (also via Netflix), which made a surprise debut for free on the platform’s YouTube comedy channel on June 11. Chappelle’s is a searing social commentary on recent events, including the death of George Floyd (incidentally, Koy’s best friend, artist Alex Roman, painted a mural dedicated to Floyd in Houston). Koy recalls opening for Chappelle 25 years ago and some word Chappelle imparted on him back then.

“He goes, ‘Always do you,’ and I always took that with me,” says Koy. “Do you, be you on stage and never be afraid to say what you want to say.”

Watch the full interview with Jo Koy on “Variety Live!” above.