Later this month, Amazon Prime will air Gillian Flynn’s “Utopia,” a show that I’m an executive producer of and which features a panic-inducing viral outbreak. Trust me, the irony was not lost on us as we worked to finish the show from our homes over the last six months. We had just locked the season in early February, before the novel coronavirus emerged and sent the entire world into chaos.

But chaos, at least the organized kind, is familiar to TV production. So it should be no shock that television can thrive in such circumstances — and we did. It just took a lot of hard work and ingenuity from the group often tasked with saving the day: the nimble geniuses of post-production.

The “Utopia” team wasn’t alone. At the time that the industry shut down in March, another show I was producing, “Dirty John: The Betty Broderick Story,” was fully locked and almost all mixed, but had pressing delivery and air dates. What we didn’t know at the time was that both shows would not only be finished, but would air while Hollywood (and most of America) still labored under quarantine conditions. 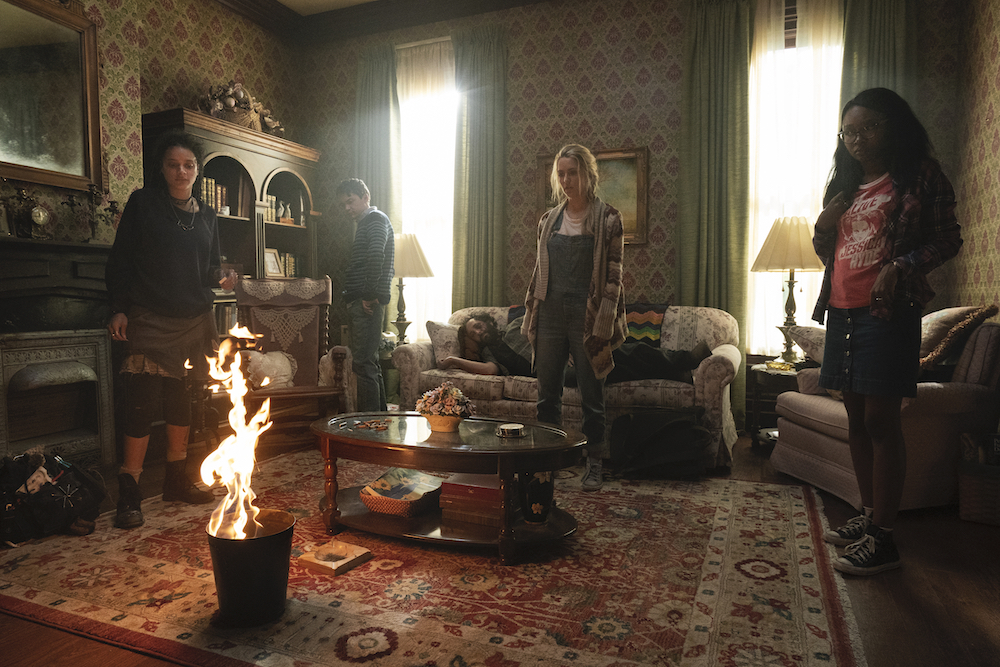 Releasing both shows this year has been an inspiring lesson in Hollywood innovation and the dedication of our talented post-production specialists. As we all balanced the stress of an unknown illness racing across the world and concerns for family and friends, an army of colorists, VFX artists, composers and sound designers quickly pivoted to working at home and helped us dash toward the finish line. While our two shows were being produced by separate studios, the two respective post-producers collaborated with each other and their peers throughout the community, brainstorming solutions and offering connections.

Our immediate task was keeping people safe while protecting the integrity of the shows. On “Dirty John,” we needed to mix our last two episodes just weeks into quarantine. Everyone shared tips, ideas and even technology. In a display of the industry’s collective resolve, our mix-stage neighbors at “Westworld” ultimately loaned our team cutting-edge hardware that allowed showrunner Alexandra Cunningham and me to join post-producer Jonathan Talbert and the rest of our sound group to simultaneously watch the episodes together from our homes.

On a separate track, “Utopia” post-production soldiered on with its own set of challenges. VFX shots took longer than before. Human bandwidth issues have traditionally been the dilemma: people can only do so much at one time. Now, however, having computer-based work shifted to home offices meant that literal Internet bandwidth became our new struggle. If you think having your kids on Zoom school is a test of your consumer internet, try home visual effects.

Ultimately, despite all the technical advances around us, the solution to sharing large digital files was definitively low tech: We resorted to loading them onto a hard drive that was sanitized, then driven by our masked production assistant up and down the 101. Talk about a throwback.

Even ADR was a challenge. How do you record actors in their homes without synchronized playback? Through trial and error, post-producer Huey Park found a software solution that helped our cast watch cuts and record dialogue. But without sync, they had to record it wild and trust our team steering them more than ever. They gamely worked from basements and closets, trying to focus on their performance while also avoiding household noises. Oh, that scratching? Why yes, that is a hamster. There’s a first time for everything.

Our schedule flipped from day to evening, as many of our team members had small children at home, and so work had to be done at odd hours and often after bedtime. Even though we were not together, it was more of a team effort than ever.

Through the force of will of our showrunners and the unwavering dedication of the post-production teams, we delivered both shows. “Dirty John: The Betty Broderick Story” aired in June and “Utopia” will premiere on Sept. 25.

When it is safe to do so, we’ll celebrate a return to business as usual — we all miss gathering and creating in the same space. And yet I wonder if, separate and apart from the destruction it has wrought on the world, this virus will leave long-standing impacts on our industry.

It is well acknowledged that post teams work some of the longest and latest hours in the business — hours that until now needed to be performed at the office. What will the landscape look like now that we know what can be accomplished from home? Is it possible that work will thrive but there can also be more family dinners? Could it be for all the connections this virus has severed, it may have forced us to carve out solutions that will ultimately increase our human bandwidth … and allow us to nurture all the connections that matter.