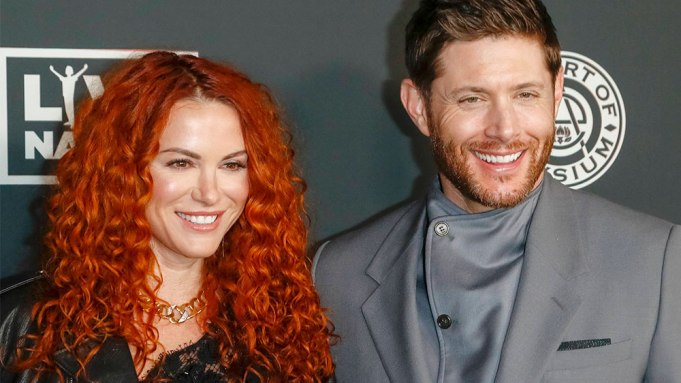 Under this new deal, Chaos Machine will develop original television programming for broadcast and cable networks, as well as streaming services..

“Warner Bros. has been my home for the better part of two decades. The relationships I have acquired there are some of the finest and most supportive I could have hoped for in this industry. Danneel and I are thrilled for the opportunity to continue to grow as artists and now as a producers under the mentorship and guidance of Peter Roth and the whole WBTV team,” Jensen Ackles said in a statement.

Jensen Ackles has starred on “Supernatural” since 2005. The Warner Bros.-produced drama originated on the WB network but now airs on the CW. It will wrap its 15-season run this fall, and Ackles has already booked his next acting gig: re-teaming with “Supernatural” creator Eric Kripke for a stint on his Amazon Prime Video superhero/vigilante drama “The Boys.” Ackles has also directed multiple episodes of “Supernatural” for Warner Bros., as well as voiced the role of Jason Todd aka Red Hood in the DC Universe animated film “Batman: Under the Red Hood.” His past small-screen credits include “Smallville,” “Dark Angel,” “Dawson’s Creek” and “Days of our Lives,” while his past feature films include “Devour” and “My Bloody Valentine.”

Danneel Ackles was also most recently seen in “Supernatural,” where she recurred as Sister Jo aka the angel Anael. Prior to that she starred in WBTV’s long-running teen drama “One Tree Hill.” Her other on-screen roles include the “Harold and Kumar” franchise for the big screen, and the sitcoms “Friends with Benefits,” “Joey” and “Retired at 35” for the small screen.

Both actors appeared in the independent film “Ten Inch Hero.”

Reiff worked at DC for the last four years, serving as a creative executive in television development and current programming. She worked on such series as the upcoming “Sweet Tooth” for Netflix, “Lucifer” for Fox and Netflix, “iZombie” and “Supergirl” for the CW, and “Krypton” for Syfy. She was also an active board member of Warner Bros.’ OUT@WB business resource group, through which she spearheaded multiple philanthropy events for the studio and created the first employee panel featuring several LGBTQIA+ characters from the DC-on-CW lineup, hosted by executive producer Greg Berlanti.