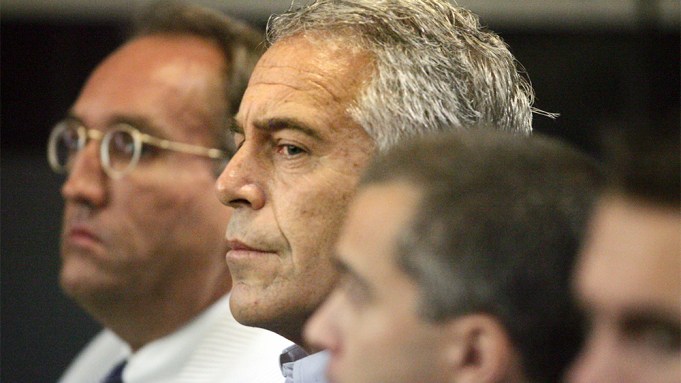 Lifetime has released a new trailer for investigative documentary “Surviving Jeffrey Epstein,” which is set to air on Aug. 9 and 10.

The one-minute trailer introduces eight survivors who are the narrators of the film. They speak of being “touched aggressively” by Epstein in their teenage years and speak up for the “thousands of [sexual abuse] survivors.”

“I didn’t want to share this with anybody,” an unnamed interviewee says in the trailer, which you can watch above. “I would have taken this to my grave.”

Following in the footsteps of “Surviving R. Kelly” and “Surviving R. Kelly II: The Reckoning,” “Surviving Jeffrey Epstein” investigates the charges of sexually abusing young girls against the New York financier and features firsthand accounts and insights from those who have spent time with him.

The new project is part of the network’s “Stop Violence Against Women” initiative to empower women. As such, Lifetime has partnered with nonprofit Rise to run a public service announcement during the documentary’s run to encourage survivors to use their voice to help establish a Survivors’ Bill of Rights in their states. The network will also run a PSA from nonprofit RAINN (Rape, Abuse & Incest National Network) to provide resources and a hotline for those in need.

Epstein was first arrested in 2008 in Palm Beach, Fla., where federal officials identified 36 girls, some as young as 14, whom he had allegedly abused. He served in jail again in July 2019, with federal charges for the sex trafficking of minors in Florida and New York. Epstein requested to be released on bond, but the court denied the request. He died in his jail cell on Aug. 20, 2019, with his death ruled a suicide, and a judge dismissed all criminal charges on Aug. 29, 2019.