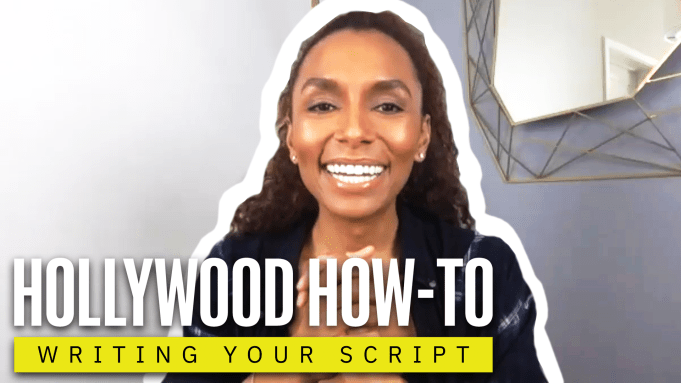 Variety’s new series, “Hollywood How-To,” will tackle all things writing, with broader conversations about everything from crafting characters to navigating the writer’s room.

The following contains major spoilers of season two of “Pose.”

Janet Mock started her writing career in magazines. She was an editor at “People” magazine before writing her first memoir 2014’s “Redefining Realness: My Path to Womanhood, Identity, Love & So Much More.” She not only wrote a second book “Surpassing Certainty” in 2017, but it was that same year that Ryan Murphy hired her for the writers room on “Pose.” She has also gone onto direct and produce for the FX series.

For Variety’s “Hollywood How-To” video series, Mock explains how she and Murphy co-wrote character Candy’s (played by Angelica Ross) heart-wrenching death and funeral in episode two of season four, titled “Never Knew Love Like This Before,’ named after the Stephanie Mill’s 1980 disco hit of the same name.

“At first, I think we had a working title just called ‘Candy’ and then the first thing Ryan said was, ‘I want [Candy] to lip sync to the Stephanie Mill song,’” Mock recalled. “And he played it for us in the room and we all were already crying, and we just knew. It gave me and him, for me specifically gave me an internal compass to follow that allowed me to find the different things that we need for each character that was struggling because she had passed or struggled because they had failed her in some way, struggling because her passing had represented something to them, about how they needed to shift their life.”

The episode included a hotel maid finding Candy’s dead body in the room. “Some of the most difficult scenes in the scripts were the ones that I probably gave to Ryan,” Mock said. “I think it was hard for me to even think about seeing Candy’s body. That was something that was a hard decision for us. We really grappled like do we need to see her body in that closet in that motel room? Could we just let the audience imagine that?”

The funeral saw the return of Candy in the form of her spirit having separate conversations with Pray Tell, Lulu and her estranged parents, who unexpectedly show up at the funeral. “For me, the centerpiece of the emotional arc of that episode comes to fruition through the parents, Candy being able to talk to them,” Mock says.

In the end, everything in the episode was written with the final scene in mind: Candy, in all red, giving a perfect lip sync performance of “Never Knew Love Like This Before.” “We knew that the big reward for her beyond reconciling with her parents was that she would be able to be finally seen as a star without judgment, without policing, without any kind of critique,” Mock said.

But like any script, there were scenes that were cut or never even shot, including Damon calling Candy’s parents to tell them their daughter was dead.

“Damon calls and he already starts crying from the top, so then Angel snatches the phone from him and she does it and she’s like, ‘Listen up, your daughter is Candy and that’s what she is,’” Mock said. “And she’s very tough and she says this stuff [gets] too combative and Papi comes on, he goes, ‘I’m so sorry. I just want you to know that…’ He has this really beautiful monologue, which is just very one sided of the conversation. You don’t hear the parents at all, but you understand.”

But, because shooting was running late that day, there was no time to shoot it. “That was something that was hard because I had spent so much time [on it]. I wrote the original,” Mock said. “I was made to write a rewrite on set, which…Ryan really loved and was funny and had all the different beats and had the kids doing something together to show how they were preparing for the funeral and then it got cut at the end of the day.”