Janelle Monáe Sings, Acts and Knows How to Master an Escape Room. Her Next Challenge: Directing 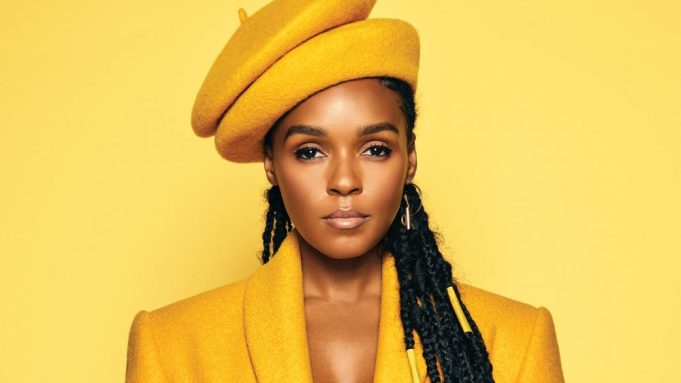 In February, in order to interview Janelle Monáe for Variety’s Power of Women issue, the two of us did an Escape Room together. Since I am categorically terrible at Escape Rooms, the venue choice was all hers — never would I have suggested such a setting. At the West Hollywood establishment, she was greeted as a regular by the staff, who knew which rooms she had already done. It was intimidating, like I needed to be more intimidated before interviewing Janelle Monáe. It was the night of Feb. 12, and a few days before, Monáe had delivered a rousing performance to open the Academy Awards. We were both feeling the aftereffects of the Oscars.

I had brought hand sanitizer because of my growing fear of coronavirus, and used it liberally. But it was still a month before the global pandemic shut down most of the country, and 115,000 Americans (and counting) died. And it was months before national protests over the deaths of George Floyd and Breonna Taylor would inspire a cathartic reckoning about racism and police brutality. Looking back, it feels like this night happened in a different universe.

In the Escape Room, we played private investigators on the hunt for the Zodiac killer, who had clearly messed up somehow, and ended up locked in his basement. The room was creepy AF: serial killer verité, with eerie music and terrifying rubber duckies. (Yes, rubber duckies can be scary!) I can barely see on a good day, and it was so dark that I had to squint to read the clues — even listening to the recording the proprietors graciously allowed me to make, there’s a lot of me saying, “I can’t see.”

Luckily, Monáe is an expert reader of teeny, tiny type, an intuitive solver of puzzles, and an optimistic, encouraging teammate.

We began the room handcuffed to pipes, searching for the keys that would free us (as I awkwardly tried to ask about the Oscars). Once we figured out how to get out of the cuffs, we tackled the larger mystery. Because it was just the two of us, I couldn’t do my usual Escape Room thing of wandering around while picking up objects to look at intently, while praying for the hour to pass. We actually solved endless puzzles; simultaneously screamed at one particularly effective jump-scare; and at one point, Monáe had to lie down in a coffin while I raced around trying to free her. “I love my family, and I love being an artist, and I had a great life!” she said as she lay down.

We did escape, with quite a bit of help from our game master, Josh. And we may have been given extra time on the clock (we so were). But a victory is a victory!

Afterward, we sat down to discuss her politics and art.

Do you consider yourself a political artist?

I don’t! I think people have tried to understand me for a very long time. As a human, as an android, as somebody who has felt othered in this society — I speak up for myself, and for folks that I feel like look like me that may not have the platform. It’s just about sharing the mic.

I want people to look at me as an artist that speaks truth based off my experience, and based off what my core values are. I think having more access to rooms — and having more interviews — has just amplified that message.

I’m sure you think of yourself as both a singer and an actor. But how do you see the relationship between those things complementing each other?

I look at myself as a magician. I try to make magic with whatever I touch. That requires hard work, that requires a certain amount of focus and attention to whatever it is that I’m doing. So if I’m doing a film, I wouldn’t try to write an album at the same time. I need to have the mental headspace to stay fully committed to whatever role I agreed to do.

And I consider myself a storyteller. Music is a lot more personal, because I’m drawing from stories of who I am, and what has happened to me and where I am in the world. With film, you’re doing what you can for that character. But for the most part, you’re bringing to life a story that someone else has written. There’s not as much control. That’s good for me, but also can be nerve-racking — because I don’t get that final cut on a film or TV show. So that means if you guys love “Antebellum,” and love “Homecoming,” just know my hand was in it. But if you don’t love it, it’s not my fault!

I have respect for the directors that I’ve worked with. And you just pray and hope that what you saw is able to be edited to something that you love even more.

You do that on the music side when you work with different producers, or you’re collaborating with different artists. I feel like my calling is to do that. Whether it’s in fashion, to tell a story through my armor — there’s a story there. What it means to go into the music industry and make statements with your music and with your image and with your performances. And what it means to step on screen and take a character and make you empathize with the complexity of us as human beings. I look at myself as a polymath, as well — you know, I’m not monolithic.

Did you mean to come out as gender non-binary?

I’m exploring, you know? I’m so open to what the universe is teaching me, and teaching all of us about gender. I definitely don’t live my life in a binary way. I’ve always pushed, as you can see from the way that I dress to the things that I’ve said since the beginning of my career. I have fought against gender norms, and what it means to be a woman and what it means to be a man. I’m a fucking android.

I think the last time I looked at your Wikipedia page was before the photoshoot and video interview last month. I looked at it today, and someone has changed all your pronouns to “they.” [Note: Monae’s Wikipedia page now alternates between “they” and “she.”]

That was not me. I think people can call me whatever it is they want to call me. I know who I am. I know my journey. And I don’t have to declare anything.

Tell me about expressing yourself through fashion. Were you always a kid who dressed a certain way, or did that come later?

Once I got to high school, that’s when I started to have my own money, because I started working. I was working at Ponderosa Steakhouse, I was a waitress. I was a maid, I was babysitting, and worked at Foot Locker. I couldn’t afford a lot of stuff, but I think it went from lots of menswear — whatever you would consider sports menswear: the tennis shoes, baggy clothes.

Then I got into vintage shopping. I was very artsy. I was an international thespian, I would compete in monologue competitions. I was also in the acapella choir, was doing talent shows — this is in high school. So I was a busy arts student, expressing myself through art, and I started to really use fashion as a way to express that.

I think my uniform — that’s when that came. As an homage to the working class, and my working class parents. And honestly, I just couldn’t afford to keep up when I started to sing and perform, and I went to a performing arts school in New York, and I went to Atlanta and I was living in a boarding house, I did not have time to find a new costume every single show. So it was like, what is my uniform, what is my outfit going to be? What is something that I always feel comfortable in? It’s been black and white. It’s been the androgynous look that matched my energy. 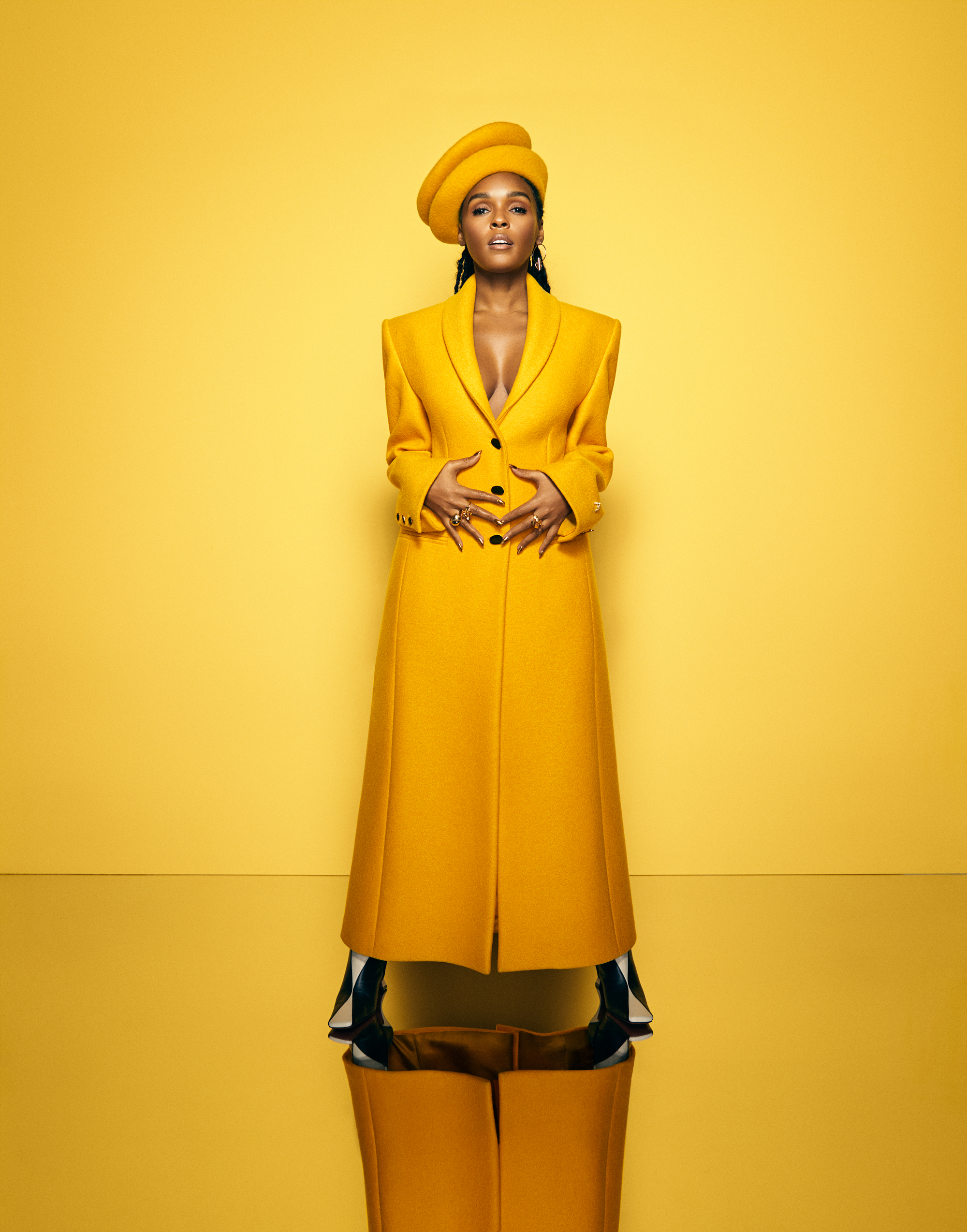 Are you still Atlanta-based?

Half. I’m looking for a place here, but it’s so hard, because I’m looking for something that has a space where I can have a studio and keep my business separate from my living space. So I haven’t really been able to find one within the price range. I’m making plans to be bicoastal. We have a film and TV company, Wondaland Pictures.

Your business is in Atlanta, at least for now?

My music business is in Atlanta, our record label is in Atlanta — but our film company is here in L.A. We have a first-look deal with Universal, with Donna Langley. We’ll have Wondaland also doing the music for a lot of the films, and then we’ll be producing films. So we’re moving in that space now.

I have pretty much directed along with Chuck Lightning, who was one of my creative directors at Wondaland on this last project. But I do want to do direct — I think that I’m meant to be a director.

Let me tell you, I watch all my takes when I do film and TV. And I’m really fast. Because I am very objective about my acting. That’s what makes me realize that I think that I’m meant to direct. Because I am, in addition to just acting and staying in the moment, looking at it from a director’s lens.

This is a dumb question. When you were doing “Moonlight,” did you know it was going to be the most beautiful and best movie ever? Is that something that one is aware of at the time?

It resonated with me. That’s how I’ve always worked. If the song doesn’t touch my spirit, I’m not gonna sing it. If the lyrics don’t make me want to dance, I’m not going to record them. So when I read that script, I cried. Instantly. It wasn’t anything but the spirit of that script, and me saying, “This is important. This is important for culture.” This is important for little black boys, girls, non-binary — little humans all around the world to see this film. For us to be represented in this way in the film industry, regardless of how big it gets or how small it remains, I want to be a part of it.

This interview — which, again, took place on Feb. 12 — has been edited and condensed.