Continue to Variety SKIP AD
You will be redirected back to your article in seconds
Mar 28, 2020 8:10am PT 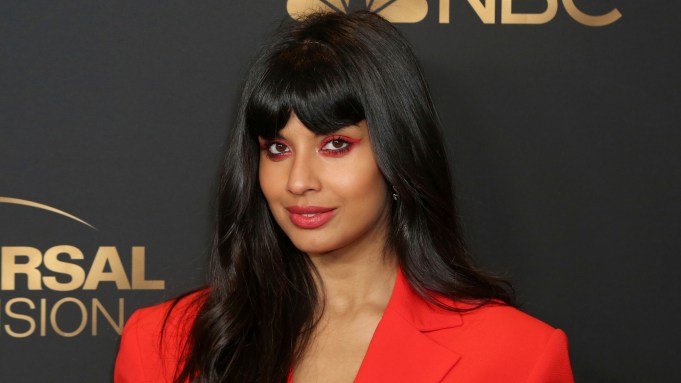 “Sometimes, I do f— up, but I always apologize when I’ve gotten it wrong,” she told said in a candid interview on “Variety Live,” which streams via Variety’s Instagram account. “I learn, and other people learn with me.”

And she definitely isn’t afraid to back down from a (social media) fight, specifically when it comes to grappling with the physical and mental health struggles. In February, the “The Good Place” actor engaged in a public back-and-forth with a writer who accused her of having Munchausen syndrome, which Jamil denied.

“I’m not someone who rises above. I don’t turn the other cheek. I’m not Jesus. I’ll get down in the gutter and fight you,” she said.

Of course, Jamil is no stranger to controversy. She was criticized for her participation in the upcoming ball culture competition show “Legendary” on HBO Max; ball culture was founded mostly by the black and Latinx LGBTQ community in the late 1980s.

Shortly thereafter, Jamil came out as queer, something she admitted she could have timed better, although she it’s something she has known about herself since she was a child.

“I didn’t tell anyone about it until a couple of years ago, so I just kept it quiet ‘cause I come from a South Asian background. So, you just don’t really have a lot of queer idols. There isn’t a lot of conversation around it. There isn’t a lot of acceptance for it within my culture, traditionally,” said the British actor, who is of Indian and Pakistani descent.

The outspoken actor is hoping to start some conversations, though, on- and offline. In 2018, Jamil launched I Weigh, a mental health movement, and will be debuting a podcast focused on feminism and mental health advocacy. Guests include Tarana Burke, Russell Brand, Gloria Steinem and Neal Brennan, among others; the first episode debuts April 3, featuring “Booksmart” star Beanie Feldstein, who Jamil called a “f—ing ray of sunshine.”

She also lends her voice as Auntie Pushpa in Disney Junior’s new animated kids’ show “Mira, Royal Detective.” Set in the fictional, India-inspired kingdom of Jalpur, the show centers on 8-year-old Mira who solves cases around the city with the help of her two mongoose friends. It features an exclusively South Asian voice cast, including Kal Penn, Freida Pinto, Hannah Simone and Utkarsh Ambudkar.

Jamil hopes that young viewers, especially those of South Asian descent, can see themselves as heroes of their own stories.

“I know I grew up thinking something was wrong with me because I wasn’t thin, white with long blonde curly hair, a two-inch waist. So to now have this young South Asian girl as the hero and she’s not waiting for a prince to save her — she’s the one saving the prince if anything, she’s saving the whole town,” said Jamil.

In the meantime, Jamil, like many others, is practicing social distancing, helping her Grammy-winning musician boyfriend James Blake livestream “concerts” from home, logging off social media and checking in with her former “The Good Place” co-stars, like Manny Jacinto, whom she worried about because of the uptick in anti-Asian bigotry spurred by the coronavirus pandemic (Jacinto is Filipino Canadian).

She’s also writing a book and contemplating penning a screenplay.

“I’ve never had a plan, which is my career has been so stupid,” she said cheekily, touching on her various jobs as a TV host, presenter and actor. “Maybe I’ll be a rapper next. I don’t know.”