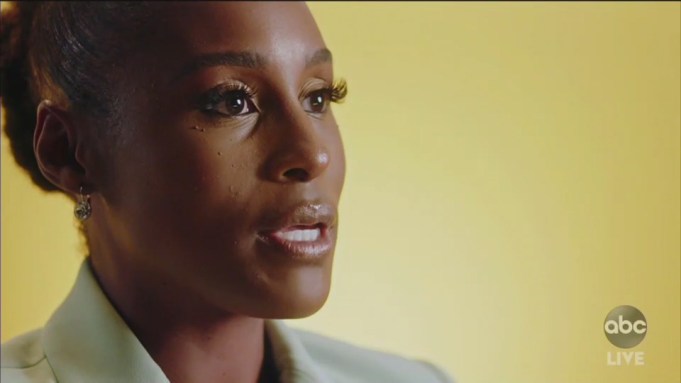 During the 72nd Primetime Emmy Awards, four-time Emmy nominated actor Issa Rae, creator and star of “Insecure,” recalled her first Hollywood pitch experience, where a studio executive attempted to tell her what Black audiences wanted to see on television.

Rae said the executive, who is not Black, told her that Black audiences want to “see familiar faces” and that she might need to “switch up the characters.” “It just became very clear to me that he didn’t get the show,” she said.

The experience fueled Rae to keep pushing for increased representation of Black people on television, in an effort to disprove the executive’s gatekeeping of what stories are told on screen.

Rae, whose recent projects also include the films “The Photograph” and “The Lovebirds,” humorously alluded to the end result of the pitch meeting: “And, you know, one of us got fired after that,” she said.