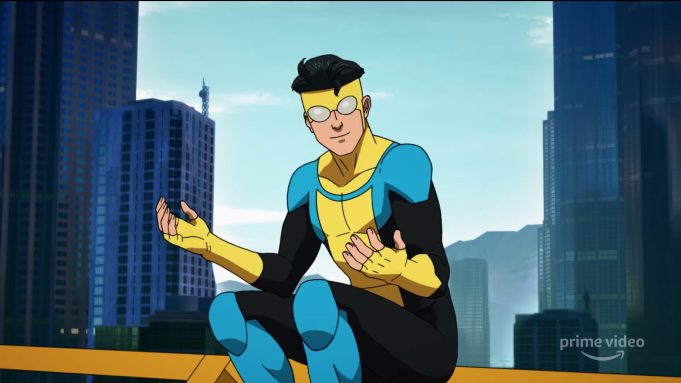 As part of creator Robert Kirkman’s New York Comic Con conversation, viewers are introduced to Mark Grayson (Steven Yeun), a teenager forced by circumstance to live in the shadow of father, who happens to be the most powerful super hero on Earth, Omni-man (J.K. Simmons). The series is an adaptation of Kirkman’s “Invincible” comic books, and it’s one he said will stick close to the original plot.

“If you’ve been reading the comic book series, you’re going to get everything you’ve been expecting or wanting,” Kirkman said during the virtual event. “But we’re changing some characters, we’re expanding some roles, we’re putting a little bit of spice in there to keep you guys guessing.”

The series is made up of eight hourlong episodes and is set to premiere in 2021. The storyline follows Mark’s shift from a normal teenager at the onset of his own powers. As it’s an animated series aimed at adults, it includes “gruesome” and graphic elements, Kirkman said. Some of that can be seen in the teaser’s bloody fights.

“Kids your age think they’re invincible, and it holds them back, makes them careless,” Omni-Man tells Mark in the teaser. “The thing is, you’re different. You actually are.”

During the panel, Kirkman also confirmed the previously unannounced role of Battle Beast, who will be voiced by “Star Trek” actor Michael Dorn.