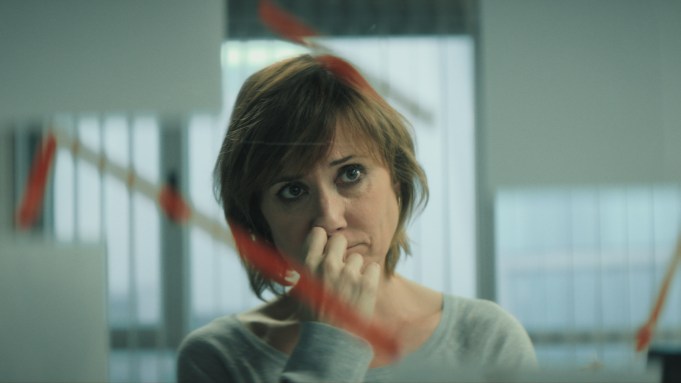 What drives the international drama series business? If MipTV Online Plus, the trade fair’s digital platform, is any indication, the answer remains crime.

Thanks to ease of travel and cost, crime/thriller/suspense series accounted for an extraordinary 70% of scripted co-production projects currently in production or development (excluding animation), according to a MipTV Online presentation, from London-based media research company Ampere Analysis.

Nine of the 10 series showcased at MipTV Drama Series Summit and six of the 10 In Development project drama series pitches, now made available for an extra week, turn on felony, in all its multifarious manifestations.

The challenge is how to stand out. One answer is tone. “Nasdrovia,” from The Mediapro Studio and Movistar Plus, looks arch and ever jocose, in its portrait of a couple of a high-flying couple’s descent into hell as their restaurant is taken over by the Russian mob.

Another is high-concept, whether in “Fairytale Detective,” where Hans Christian Andersen turns gumshoe, from the U.K.’s Foley film and TV, or “The Window,” produced by ZDF and Fuji TV, a glut of soccer business machinations.

Most effective of all is to create compelling character backstory, which is where BBC One’s upcoming “Bloodlands,” written by near newcomer Chris Brandon and executive produced by “Bodyguard’s” Jed Mercurio, would seem to stand out.

“In early 1998, a handful of us were made aware of a possible assassin,” “The Missing’s” James Nesbitt, here Belfast PD Tom Brannick, says quietly against shots of Belfast at night. “We called him “Goliath” after the [Belfast] crane. His targets were people involved in the peace process on both sides,” he goes on, adding that one victim was his own wife. Now, whoever Goliath is, new murders suggest he’s still out there. Brannick, moreover, has never moved on.

The viewer is instantly hooked; and Mercurio would look to have a new hit on his hands.

Hulu has acquired exclusive U.S. streaming rights to upcoming ITV thriller “The Sister,” starring “Year and Year’s” Russell Tovey as a man haunted by his past and desperate to keep it buried. Produced for ITV by Euston Films (“Baghdad Central”), a Fremantle company, global distribution of “The Sister” is handled by Fremantle. Written by “Luther” creator Neil Cross, adapting his own 2009 novel “Burial,” “The Sister” is a banner U.K. title for Fremantle and part of a larger building business. Last year, Fremantle’s drama revenue increased by 36.2% to €414 million ($455.4 million), parent RTL Group announced March 12 with RTL Group CEO Thomas Rabe announcing his intention to grow its global content businesses. Fremantle will be an important part of that.

As part of Spain’s coronavirus economic aid package approved on Tuesday, the government has allocated €15 million ($16.19 million) to be dispersed to private broadcasters. The Spanish lockdown has been a double-edged sword for its TV industry; while audience numbers have never been higher – consumption is up 40% across the country in all demographics – advertising money is quickly disappearing. According to a study from Spanish analyst Dos30, TV advertising hours were down 12.6% in the first week of the lockdown, 29% in the second. The most significant loss was seen in ads for non-essential personal belongings – no longer purchasable in stores – which dropped 91.4% in the first 15 days of the lockdown.

Off the back of an announced sale to HBO Latin America, Beta has dropped a trailer for Movistar Plus’ upcoming international terrorism thriller “La Unidad.” Originally meant to premiere at MipTV, the series was instead pitched to buyers and the press on Monday in a digital presentation hosted by Movistar Plus director of original fiction Domingo Corral. One of the biggest international plays to date for Movistar, “La Unidad” was shot in several countries across Africa and Europe and turns on an elite anti-terrorist wing of the Spanish national police. On Monday, Beta also indicated that a sales deal is close in the U.S., while “deep talks” are underway un Russia.

Brazil’s Globo has extended its reach into Latin American TV markets with the sale of a raft of its most popular telenovelas in several territories. “Orphans of A Nation” was picked up by Teledoce in Uruguay where it will replace another Globo series, “A Second Chance,” in primetime. The refugee drama won the Rose d’Or Award for best telenovela in 2019. The series will also play on Mexico’s third network Imagen Televisión, along with “Brazil Avenue,” Globo’s most-licensed ever series, broadcasting in more than 150 countries and 19 languages. In Costa Rica, period drama “A Time to Love” will broadcast on Teletica. Finally, Marcos Bernstein’s “Pride and Passion” is headed to TVN in Panama.

Independent German distribution company Lineup Industries has found a home for German-language format producer Panenka’s popular Belgian gameshow “Switch.” Produced by Riverside for German broadcaster WDR, the show will be filmed in the same Belgian studio and titled “Quizz Dich Auf 1.” The weekly, 45-minute program will premiere this April and hosted by popular German presenter Guido Cantz. The original, a hit for Belgian broadcaster VRT, broadcasts throughout the week and sees the same five contestants vying for cash prizes nightly. According to Lineup co-founder Julian Curtis, one major appeal of the show is that it required very few people to film, and no live audience. A plus in the current climate of indefinite social distancing.