‘Insecure’ Renewed for Season 5 at HBO 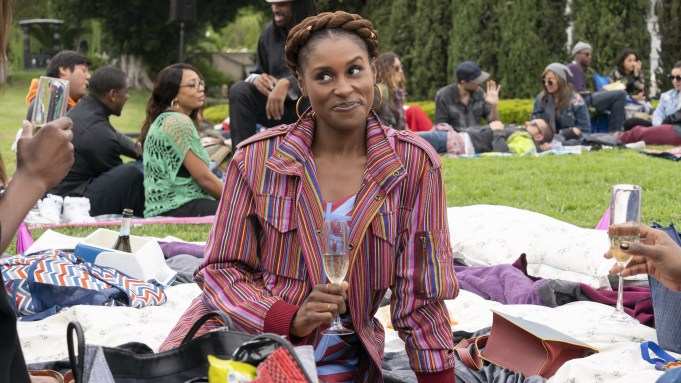 HBO has renewed “Insecure” for a fifth season.

The premium cabler made the announcement Friday. Season 4 of the comedy series, which consists of 10 episodes, debuted on April 12 with three episodes having aired to date. The season finale is set to air in mid-June. Series co-creator Issa Rae heads the ensemble cast, which also includes Yvonne Orji, Jay Ellis, Natasha Rothwell, Amanda Seales and Alexander Hodge.

“We’re thrilled that Issa, Prentice, and the whole Insecure team will be getting back together for a fifth season,” said Amy Gravitt, executive vice president of HBO Programming. “As we laugh and cringe with recognition, their stories make us all feel a little less alone in the world.”

“Insecure” has received widespread critical acclaim across its four seasons, with the series averaging a 95% critical approval rating on Rotten Tomatoes. It has also received a host of award wins and nominations throughout its run. That includes an Emmy nomination and two Golden Globe nominations for Rae in the lead actress in a comedy category.

HBO’s other current comedies include the recent tenth season of “Curb Your Enthusiasm.” Others are shows such as “Barry,” “The Righteous Gemstones,” “A Black Lady Sketch Show,” and “High Maintenance,” with upcoming HBO comedies including “Run” and “Betty.”