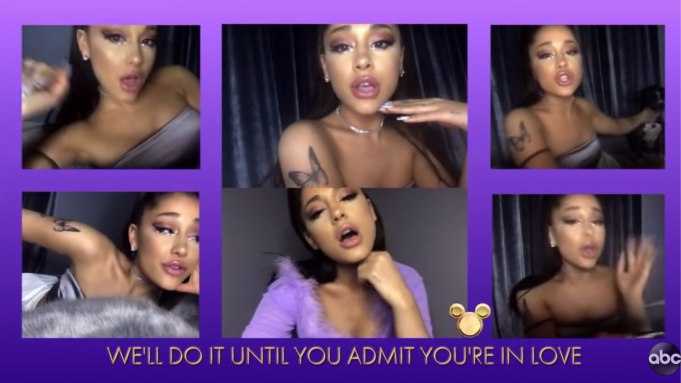 “The Disney Family Singalong” is only a few minutes away and is set to feature musical performances from some of Disney’s most beloved actors including Troy Bolton himself, Zac Efron, along with other cast members from “High School Musical.”

As people continue to self-quarantine amid the coronavirus pandemic, ABC is bringing a little magic to homes across the country with an hour-long special, airing Thursday, April 16 at 8 p.m. ET/ 5 p.m. PT. Ryan Seacrest is set to host the show which will feature star studded performances from Demi Lovato, Ariana Grande, Christina Aguilera, the “High School Musical” cast and more, singing along to Disney’s most classic songs.

For those who don’t have cable, you can still capture all the magic through streaming platforms like Hulu with Live TV, Youtube TV or through the ABC app.

The virtual concert will begin with a vocal warm-up by Broadway star Kristin Chenoweth, followed by an introduction from Elle Fanning. From there 18 performances are set to take place, ending with the musical number “We’re All in This together” performed by Kenny Ortega and the cast of “High School Musical,” “Descendants,” “High School Musical: The Musical: The Series” and “Zombies.”

The show will have lyrics on screen, so that you and your loved ones can sing-along with the performances. The event will also provide informative PSAs to bring awareness about Feeding America’s network and resources for families who are facing hunger amid the COVID-19 crisis.

Learn more about which artists are performing your favorite Disney numbers at the list below:

“Be Our Guest” – Derek Hough, Hayley Erbert and Julianne Hough

“Can You Feel the Love Tonight” – Christina Aguilera

“Colors of the Wind” – Tori Kelly

“Do You Want To Build a Snowman” – Thomas Rhett

“Under The Sea” – Jordan Fisher

“You’ve Got a Friend In Me” – Josh Groban