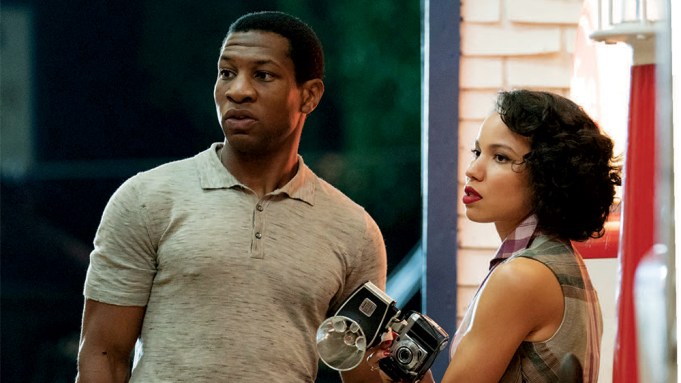 When HBO’s marketing teams began crafting the influencer marketing campaign for their sci-fi thriller “Lovecraft Country,” they made sure to keep the blerd community in mind.

“It is cool to be a blerd now,” WarnerMedia’s senior VP of multicultural marketing Jackie Gagne tells Variety. “It is a very passionate group and we knew that there would be a lot of love for ‘Lovecraft Country’ and that those would be voices that would really help us drive awareness for the series.”

Over the last few years, the slang term for “Black nerd” has grown in both popular awareness and esteem, with more events and marketing created for and catering to the members of that community.

“We sort of picked up on this when we were first promoting ‘Westworld,’” Gagne says. “We knew the blerd community would really be interested in the subject matter, so we started to form and identify relationships a while ago. Last fall, we created a space specifically for the Blerd community at Comic-Con in support of ‘Watchmen.’ And then we did BlerdCon [a three-day multi-genre convention, held in Arlington, Virginia] for ‘Lovecraft Country’ — we did a panel with some of the cast there.”

In late July and early August before the series aired, the network sent out stylized packages made up of “Lovecraft Country”-inspired items from Black-owned businesses, brands and creatives. The gift bag included a backpack from Life on Autopilot, sunglasses from Bôhten Eyewear, a “Sundon” candle by Bright Black, a Grubhub gift card for recipients to order from Black-owned restaurant; as well as the novels “Children of Blood and Bone” by Tomi Adeyemi, “The Water Dancer” by Ta-Nehisi Coates and “Lovecraft Country” by Matt Ruff (provided by Amalgram Comics & Coffeehouse).

For Gagne and her team, the creation of the kit was also about saluting “Lovecraft Country’s” creator Misha Green and the Black heroes of her story, so the package also included direct nods to the show with a “South Side Futuristic Science Fiction Club” sweatshirt from BLK MKT Vintage and a notebook which serves as a “field guide” to understanding the cultural context behind all of the items in the bag, as well as information on the businesses themselves.

With “influencer kits” and their focus on Black-owned businesses, Gagne says, “given everything that’s going on, I think that that’s something that people really embrace and honor and really want to support in a big way.”

When determining who to send the packages to, the team focused on genre fans (including Blerds and other nerds of color), as well as champions of innovative storytelling, “culturally minded entertainment” and HBO’s drama programs. “We take a deep dive into passion points and the interest of our fans,” Gagne says. “Given the genre-bending nature of the show and all of its nuance, it was really important that we thought about the multiple audiences here.”

Though the virtual screening for the series was a pivot HBO made in the wake of the coronavirus pandemic, this sort of strategic and socially-conscious marketing has been a touchstone of the company for some time. Most recently, the network created a social campaign that focused on self-care for Black and LGBTQ+ communities in support of their series “I May Destroy You.”

“I think what’s making it special is just how we’re being very thoughtful about how we lean in the themes of the content,” Gagne explains. “The reason that [the “I May Destroy You” campaign] was also so well-received was because we landed on a campaign that prioritized wellness and mental health among Black and LGBTQ+ communities, who we know are disproportionately affected by sexual violence.”

“So, the idea of creating this kit that includes products that are from Black-owned businesses, it’s relevant to the series, but it’s also a topic that is relevant and important, especially now, for Black and brown communities,” she continues. “We’re not just going to send stuff, I guess is my point. We want to be really thoughtful, creative and culturally relevant in putting these together. Our specificity in identifying the influencers who help us get genuine to the programming and what we include in the kits, that’s where I think we can really stand out.”

As strategically tailored as the influencer kits for “Lovecraft Country” were, Gagne predicts that even more highly customized products will follow, teasing that there may be a technology component involved in the next batch in order to “allow the influencers or the recipients to really immerse themselves and really engage with the content in the absence of these experiential events.”

Gagne continues: “In this COVID world, we’re not able to do immersive events, so it’s forcing us to get really creative and innovative.”