Hasan Minhaj to POC Creatives: ‘Now Is the Time … Go for It’ 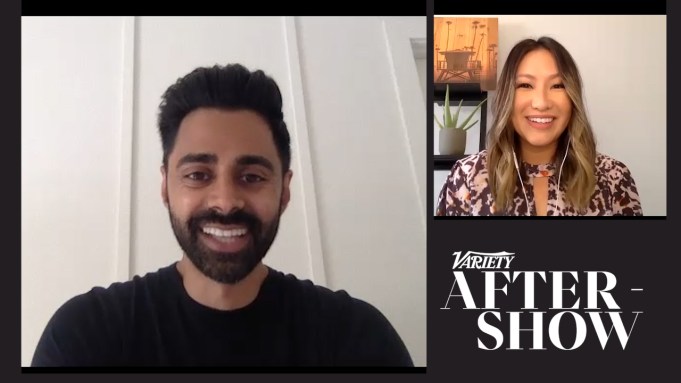 Earlier this year, Hasan Minhaj had the sixth season of his Netflix show “Patriot Act” prepped and ready: research books had been set, graphics rendered and animations made to fill the screens the comedian and political commentator usually stands in front of for his weekly show. But just as Minhaj and crew were about to shoot the first episode, around March 14, cases of coronavirus started popping up near their New York City set.

To pivot to a pandemic-era production strategy, showrunner Prashanth Venkataramanujam moved into Minhaj’s home for the duration of the season. The two became a scaled down production team — often going from writers’ meetings to family dinner — which reminded Minhaj of his earlier days in comedy, doing YouTube videos.

“We had to set up the green screen, do lighting, be grip, be PAs, running and getting coffee. We were just doing everything,” he says. “That’s the thing that amazed me the most is the fact that, in these circumstances, we leaned into the urgency, not only tonally with the scripts, but also just the style of the show. Like, I go right to camera one, and we just go.”

The eight-episode season — which concluded on Sunday — tackled everything from whether attending college was worth the price tag or not to the death of George Floyd, the latter of which has sparked ongoing examinations of systemic racism in various industries, including entertainment.

Minhaj’s ex-”Daily Show” boss Jon Stewart recently acknowledged on radio show The Breakfast Club that he did not make enough of an effort to diversify the mostly white male staff of his show, which Stewart served as host of from 1999 to 2015. Minhaj was a correspondent from 2014 through 2018. Seeing Stewart own up to his blind spots was powerful, he says.

“I think one of the best things that he did was not only acknowledge that, ‘Hey, I have these blind spots,’ but what was really cool, is him acknowledging how effortless it is when you give somebody else a platform,” he says. “The best thing you can do is give Larry Wilmore his own show or let Trevor Noah helm the desk and talk about police brutality and talk about race relations vis-a-vis his perspective. I hope that’s the learning moment that we have in Hollywood: nobody will do it as accurately as if you give that person that shot and the runway room to say what they really feel, and talk about what they really talk about.”

He encourages other creators of color to capitalize on the current cultural climate.

“I don’t know where the pendulum is gonna swing, but if you’re a creative of color, now is the time,” says Minhaj. “If you have a definitive voice or a project or thing that you want to put forward, I would say, just be unapologetic. Go for it.”

Watch the full interview with Minhaj on the “Variety After-Show” above.