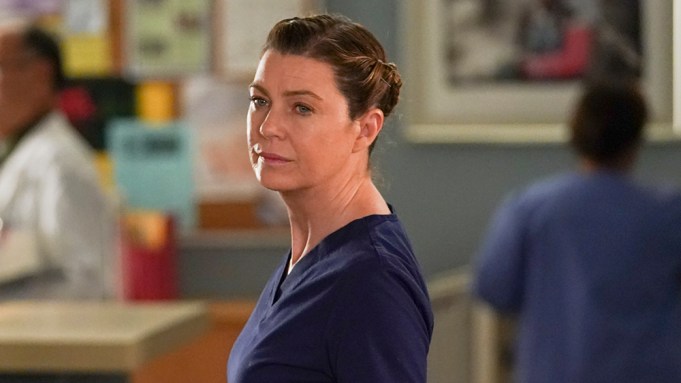 “Grey’s Anatomy” is officially heading back to set.

Production on the first two episodes of season 17 could begin in Los Angeles as early as next week. Precisely when the show will return to screens remains to be seen, however, as news of the resumption comes less than a week after ABC announced an unscripted-heavy fall schedule which no longer featured “Grey’s.” A previous version of the schedule listed the show in its regular Thursday night slot next to “Station 19.”

This news would appear to put ABC in a more solid position on the scripted front than some of its rivals, as the Disney-owned network already has “The Goldbergs,” “A Million Little Things,” “The Good Doctor” and “Big Sky” confirmed as returning to production.

“Grey’s” halted production due to COVID-19 back in March, which forced season 16 to be cut short by four episodes. The season 16 finale aired in early April, and at the time, series star Ellen Pompeo joined Variety for an Instagram live to discuss the production shutdown and dissect the season finale.

Just less than a month ago, Pompeo teased that production on the longest-running medical drama in TV history could “start in a few weeks.”

The plan is to start in a few weeks but don’t have an exact start date but @msdebbieallen is prepping! https://t.co/hyDmyD88kP

As to the content of season 17, executive producer Krista Vernoff said during a recent TV Academy panel that upcoming episodes will “address this pandemic for sure.”

“There’s no way to be a long-running medical show and not do the medical story of our lifetimes,” she said. “I feel like our show has an opportunity and a responsibility to tell some of those stories.”

The medical drama brings in real-life doctors to talk about their experiences each season, and Vernoff said during the panel that the stories the doctors told this time around were unlike any previous year. She also discussed how their experiences will be translated to that of Owen Hunt (Kevin McKidd) on the show.

“(The doctors) are literally shaking and trying not to cry, they’re pale, and they’re talking about it as war — a war that they were not trained for. And that’s been one of our big conversations about Owen, is that he’s actually trained for this in a way that most of the other doctors aren’t,” Vernoff said.