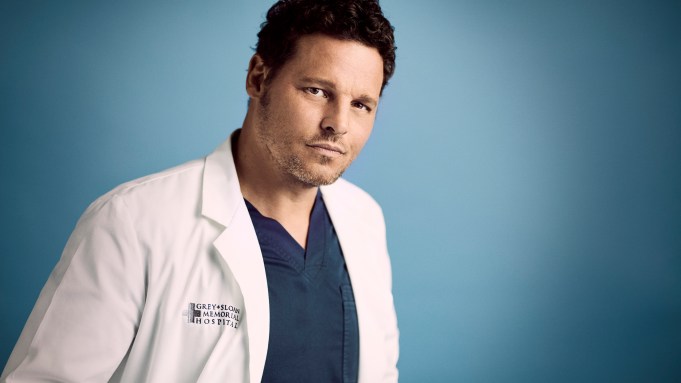 Justin Chambers’ last onscreen appearance in “Grey’s Anatomy” was back in November 2019, but his longtime character Alex Karev will officially get his sendoff in the March 5 episode.

A trailer for the episode entitled “Leave A Light On” (which you can watch above) flashes back through Chambers’ 15 seasons on the show, seeing his character Alex start as a surgical intern but eventually rise through the ranks.

Over the course of the episodes from Chambers’ last appearance, through the surprise announcement of his exit, to “Leave A Light On,” the writers’ room slowly left seeds that lead to the eventual answers to be revealed on March 5.

Alex’s onscreen wife Jo (Camilla Luddington) dropped hints that things weren’t good with her husband — he wasn’t returning her calls, for example — and at one point commented that if she didn’t know him better, she would think he was pulling away from her to pay her back for pulling away from him a year earlier.

“It’s a bit of a mystery [what’s going on with Alex],” Vernoff said. “We don’t watch Jo in the same place that we watched her in last season. We did it as carefully as we could. But it takes a while to get there.”

The last time Chambers was onscreen in “Grey’s Anatomy,” he was returning home to care for his ailing mother.