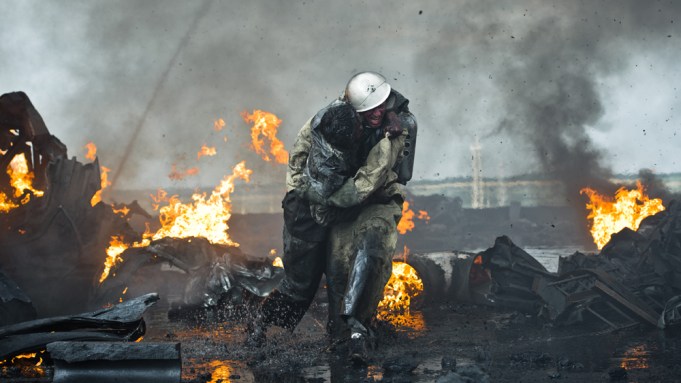 Telling the story of a national tragedy in another country added a layer of obligation for the team behind HBO’s “Chernobyl” to get the story right.

Craig Mazin, “Chernobyl” writer-executive producer, discussed the efforts the team took to make sure that it portrayed the story of the 1986 nuclear disaster accurately and with compassion that bore no judgement about the Soviet system or any other ideological considerations.

“We were obsessive about being accurate,” Mazin said backstage after “Chernobyl” scored the Golden Globe for limited series. “That’s how you show respect for the culture, by getting it right.”

Mazin said the production was warmly received by people in the areas where it shot, mostly Lithuania. Local governments weren’t so excited to see them revisit the environmental debacle. But the people were gracious and ultimately grateful that their story was documented.

“They suffered from this. There is nothing ideological about radiation — it doesn’t care,” he said. “They all suffered from it. They had a heartfelt desire to see it reflected well. … They wanted to see Soviet citizens portrayed as they were, which was heroic.”

“Chernobyl” executive producer Carolyn Strauss also reflected on all the activity underway at HBO, where she was head of programming for years before shifting to producing such HBO series as “Game of Thrones.” HBO is in the midst of a big expansion of its programming menu while parent company WarnerMedia is planning to launch a complementary streaming service, HBO Max, in May.

“It’s a huge time of transition,” Strauss said. “HBO as always been a distinctive brand. My fervent hope is that they are able to hang on to that brand through the change, because I think it does stand for something.”