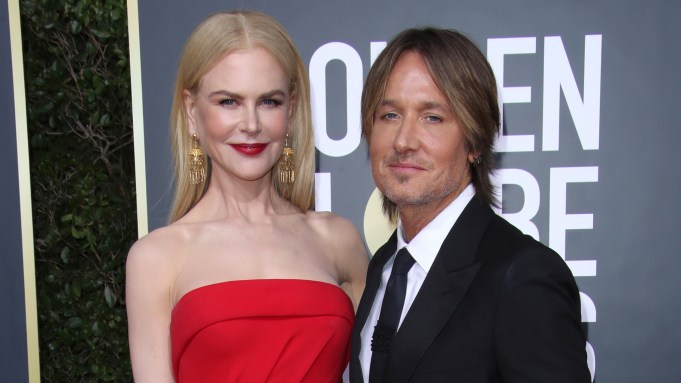 As the devastating bushfires continue to ravage parts of southeast Australia, several Golden Globe nominees and winners chose to use their moment in the limelight to bring attention to the devastation and discuss climate change.

Russell Crowe sent a message to be read on his behalf after his win for best actor in a television limited series or motion picture for his work as Roger Ailes in “The Loudest Voice.”

“Russell Crowe could not be here with us tonight because he is at home in Australia protecting his family from the devastating bushfires. He sent along this message in case he won,” said “Morning Show” star Jennifer Aniston after presenting Crowe with his Golden Globe.

Crowe’s message: “Make no mistake, the tragedy unfolding in Australia is climate-change based. We need to act based on science, move our global workforce to renewable energy and respect our planet for the unique and amazing place it is. That way we all have a future. Thank you.”

Other Aussies in attendance at the Golden Globes commented on the developing situation.

“Our family is safe, but obviously many families have been put under enormous stress and duress right now. And we’re so deeply upset and worried,” Nicole Kidman told Variety‘s Marc Malkin on the red carpet. “There’s enormous strength in the country right now in terms of camaraderie and helping each other. Obviously, we’re over here, so we’re going, ‘What can we do to help?’ But everyone has been so concerned, they know about it and there’s been such incredible support. So, thank you.”

Her husband, Keith Urban, chimed in adding, “There’s a lot of people who have lost so much down there already and there’s more to come, too. We’re not out of the woods; this is just really the beginning of summer. But people are doing amazing work down there. We want to thank everyone who’s been working so hard.”

The cause garnered attention from other attendees at the ceremony — Aussie and otherwise. New Zealand director Taika Waititi offered words of support at the BAFTA Tea Party on Saturday night. Carol Burnett Award honoree Ellen DeGeneres opened her acceptance speech with, “Australia I love you. My heart goes out to everyone suffering in Australia, all the animals that we’ve lost.”

“It’s a beautiful idea from the team, so I’m really excited to be a part of that,” she said.

“And speaking of opening our hearts, all of us at the Golden Globes and the HFPA send our thoughts to the people affected by the bushfires in Australia — stay strong. We’re with you, God bless.”