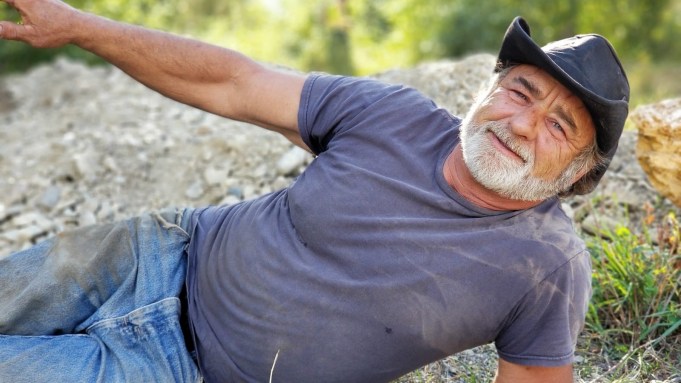 Jesse Goins, who appeared in the most recent season of the Discovery series “Gold Rush,” has died, Variety has confirmed with sources. He was 60.

Goins was on set for “Gold Rush” in Colorado, when he was discovered unconscious by another crew member on Tuesday night, sources say. He was then rushed to hospital where he was pronounced dead. His exact cause of death has yet to be established.

“We are absolutely heartbroken to hear about Jesse Goins death,” said a Discovery spokesperson in a statement to Variety. “Our hearts and prayers go out to his family.”

Goins made his first appearance in the “Dave Turin’s Lost Mine” edition of the Discovery series last year, serving as a gold miner and gold room operator alongside Turin in 15 episodes. Goins, who also featured in a couple episodes of “Gold Rush” after show “The Dirt” earlier this year, toured various abandoned gold mines with Turin, helping to identify which one they would attempt to mine.

“Gold Rush” the series has aired 10 seasons to date on Discovery Channel, starting in 2010. Filming on the show’s upcoming eleventh season had previously been disrupted by the coronavirus pandemic.

The Turin-hosted spinoff series aired its first season, which centered on a mine in Prescott Valley, Arizona, in March 2019. Its second season aired eight episodes earlier this year, and revolved around a mine Montana.

Goins is survived by his wife and his brother Larry Goins, who posted the following tribute on social media:

“Jesse loved his Gold Rush family. I could never find the words to express how grateful to Dave Turin and the guys for the love they showed him. And for sharing and making sure the Lord and the Gospel was a big part of his daily life. He was in such a good place because of this. Love you guys.”