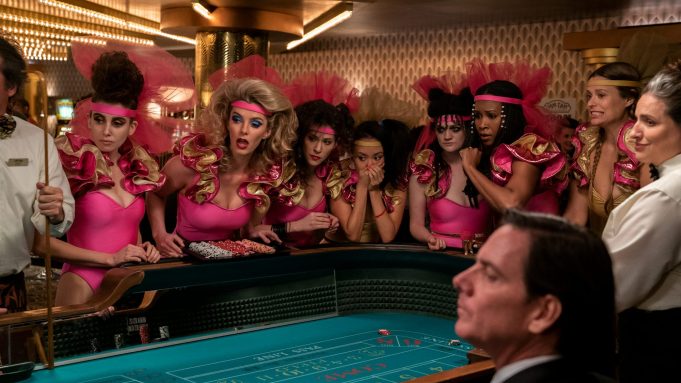 “GLOW” will not proceed with Season 4 at Netflix as planned, Variety has confirmed.

The Emmy-nominated Netflix comedy series about a troupe of female professional wrestlers had originally been renewed for a fourth and final season, but plans for that season have now been scrapped due to production delays caused by the COVID-19 pandemic.

“We’ve made the difficult decision not to do a fourth season of ‘GLOW’ due to COVID, which makes shooting this physically intimate show with its large ensemble cast especially challenging,” a Netflix spokesperson said in a statement. “We are so grateful to creators Liz Flahive and Carly Mensch, Jenji Kohan and all the writers, cast and crew for sharing this story about the incredible women of ‘GLOW’ with us and the world.”

The show had been renewed for its last season last year. Production had begun on Season 4 earlier this year but was shut down early on due to the pandemic. With no sign of when the series, which involves most of the lead actresses being in close proximity to each other in the ring, would be able to safely resume production, Netflix decided to pull the plug. According to an individual with knowledge of the situation, all of the series regulars have been paid in full for Season 4.

“COVID has killed actual humans. It’s a national tragedy and should be our focus. COVID also apparently took down our show,” series creators Liz Flahive and Carly Mensch said in a statement. “Netflix has decided not to finish filming the final season of ‘GLOW.’ We were handed the creative freedom to make a complicated comedy about women and tell their stories. And wrestle. And now that’s gone. There’s a lot of shitty things happening in the world that are much bigger than this right now. But it still sucks that we don’t get to see these 15 women in a frame together again. We’ll miss our cast of weirdo clowns and our heroic crew. It was the best job. Register to vote. And please vote.”

Season 3 of the show saw the “GLOW” team relocate to Las Vegas to perform in their own nightly show. The series was created and executive produced by showrunners Flahive and Mensch. The other executive producers were Jenji Kohan, Tara Herrmann, and Mark Burley.

“GLOW” is now the latest in a long list of shows to get their renewals reversed due to the pandemic. Netflix previously pulled the plug on both “The Society” and “I Am Not Okay With This” back in August. ABC likewise scrapped a second season of “Stumptown” back in September. Amazon canceled its “Cortes y Moctezuma” miniseries a few weeks ago as production was unable to resume due to COVID-19.