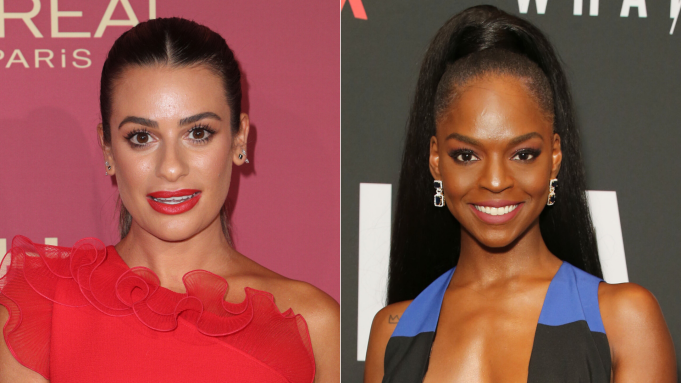 On Monday night, Ware responded to a tweet from Michele, who had posted a message against the death of George Floyd with the hashtag #BlackLivesMatter.

“George Floyd did not deserve this. This was not an isolated incident and it must end. #BlackLivesMatter,” Michele tweeted on Saturday.

Two days later, Ware quoted Michele’s tweet, claiming the “Glee” star told her she’d “s— in [her] wig” while on the show.

“Remember when you made my first television gig a living hell?!?! Cause I’ll never forget. I believe you told everyone that if you had the opportunity you would ‘s— in my wig!’ amongst other traumatic microaggressions that made me question a career in Hollywood,” Ware tweeted in all caps.

Ware had a guest recurring role as Jane Hayward in the sixth season of “Glee” in 2015, appearing in 11 episodes. The Fox series was her first TV role, and from there she went on to appear in “What/If,” “Chicago Med” and “God Friended Me.”

Michele played Rachel Berry, one of the main cast members throughout all six seasons of “Glee.” For her lead role, she received two Golden Globe nominations and one Emmy nod. Since “Glee” ended, she has starred in “Scream Queens” and “The Mayor,” and has continued her singing career.

GIRL YOU WOULDNT LET ME SIT AT THE TABLE WITH THE OTHER CAST MEMBERS CAUSE “I DIDNT BELONG THERE” FUCK YOU LEA https://t.co/s4NoLdtqRs

Representatives for Ware and Michele did not immediately return requests for comment.