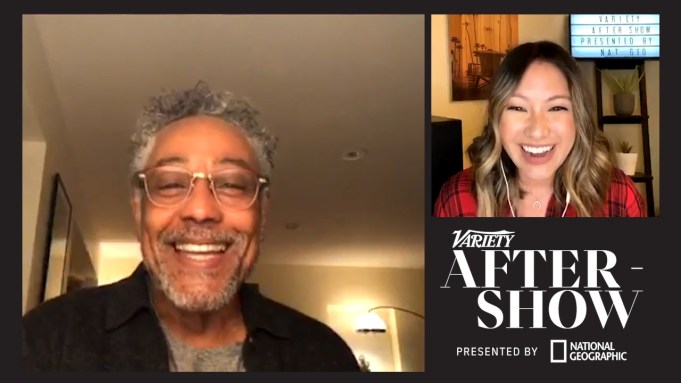 SPOILER ALERT: Do not read if you have not watched the Season 5 finale of “Better Call Saul,” titled “Something Unforgivable.”

Gustavo Fring, played by Giancarlo Esposito, may have made himself scarce in Monday night’s Season 5 finale of “Better Call Saul,” but he proved crucial in setting off the events leading up to the episode’s bloody climax: an attempted murder of Fring’s cartel rival, Lalo Salamanca, played by Tony Dalton.

While the hit may have fallen short (Lalo is still alive by episode’s end), Esposito assured to fans on the “Variety After-Show” that even though Gus will be mad, but probably won’t hold it against his inside man Nacho Varga (Michael Mando), who was tasked with facilitating the kill.

“I don’t believe he’ll blame it on Nacho, but I do believe this is setting us up for a very explosive Season 6,” Esposito predicted. “Gus is very calculating and prepares for success, as well as failure.”

And the botched attempt may present a new opportunity for Fring to exact his revenge against the Salamancas.

“I like the fact that Lalo gets away because there’s an opportunity for me to slay, eventually,” Esposito added with a laugh.

Throughout Season 5, fans have seen Gus inch closer and closer to the character introduced in “Breaking Bad” — a cold-blooded meth tycoon whose unflinching willingness to off his enemies is balanced by a warm dedication to his community, as a successful local business owner of laundromats and, of course, fast-food chain Los Pollos Hermanos.

Esposito has relished the duality.

“[He’s] hiding in plain sight, which is something that I absolutely love — that he gives to the ‘fun run,’ he takes care of kids in the hospital, really is not just the cover,” he said. “It’s that he does care. It’s as if he could be selling toothpaste, and he makes the best brand of toothpaste that will ensure you’ll never ever get cavity. He’s got gold here, and he wants to share it with you.”

The next season of “Better Call Saul” will be its last, and, ostensibly, the final time Esposito will step into Gus’s bespoke suits. He says he will miss those and more about the TV villain, including Gus’s quietness and what he calls “patience with a boil.”

While the writers of “Better Call Saul” are notoriously thrifty with filling in characters’ backstories for actors, Esposito has plenty to draw on for his role as Moff Gideon in Disney Plus’ “The Mandalorian’s” second season, which is slated to premiere in the fall.

The show’s Season 1 finale (spoiler alert!) had Gideon emerging from an old TIE fighter with a rarely seen darksaber in tow.

“Moff is very different from Gus Fring. He wields his own darksaber. He does his own dirty work and is certainly willing to. He’s much more volatile, he’s much more of the warrior and that could tell us some things about him next season,” said Esposito.

Viewers can expect plenty of darksaber-wielding from Gideon: Esposito said he broke several of the iconic props from the “Star Wars” universe while shooting Season 2.

“I’ve gone through two, three? Three and a half, I think I’ve broken already. But I go at it. Like, I go at it. I’ve broken few of them to the point where the [prop] guys, they love me,” recalled Esposito. “‘Just so you know,’ they whisper to me, ‘we only have one more.’”

Watch the full interview with Giancarlo Esposito on the “Variety After-Show” above.