‘Friends’ Reunion Special Will Not Be Available at HBO Max Launch 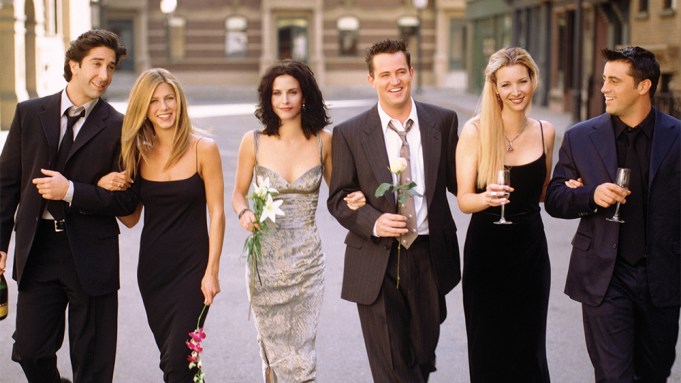 The cast of “Friends” will be there for you, but not at the launch of HBO Max in May.

According to an individual with knowledge of the situation, the continued production shutdown caused by the coronavirus pandemic means that WarnerMedia has been unable to film the show’s highly-anticipated unscripted reunion special.

As such, the special will not be available at the launch of the streamer as planned. While some shows have taken to filming remotely using video technology like Zoom, sources say this was not considered for the “Friends” special as it is meant to film on the show’s original soundstage on the Warner Bros. Studio lot in Burbank.

However, all 10 seasons of the beloved series will still be available to stream when the service debuts next month.

Variety reported on March 18 that production on the special, which was due to take place the following week, had been postponed amid a wave of production shutdowns caused by the pandemic.

The “Friends” reunion has been in the works for months but was officially announced in February. Jennifer Aniston, Courteney Cox, Lisa Kudrow, Matt LeBlanc, Matthew Perry and David Schwimmer are all set to return for the unscripted reunion.

WarnerMedia reportedly paid over $400 million for the streaming rights to the series, outbidding Netflix. Nielsen had previously reported that the show was one of the most-watched on Netflix, though Netflix does not provide any viewership data.

At the time of this publishing, HBO Max does not have an official launch date. The service will be home to a wide range of programming under the WarnerMedia umbrella, including “Friends,” “The Big Bang Theory,” HBO series and films, and films from the Warner Bros. library.