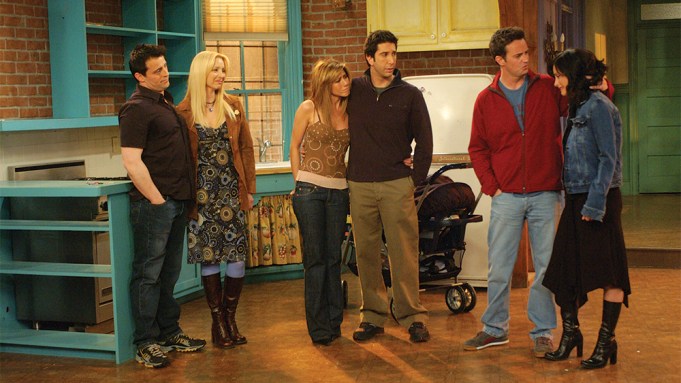 HBO Max is following in the footsteps of its streaming rivals in making bold viewership claims, while withholding actual data.

The streamer has announced that, in a shock to no one, “Friends” is the “No. 1 performing show” on the platform to date. What that means exactly is unclear, as HBO Max doesn’t provide any concrete viewership numbers to back up that claim.

HBO Max was of course supposed to launch with its much-heralded “Friends” reunion special, however, filming on the special has been delayed due to the coronavirus.

In perhaps more surprising news, the streamer says its “No. 2 performing show” is Anna Kendrick original “Love Life.” “Friends” is supposedly “closely followed” by the comedy, which was picked up for a second season last month, despite mixed reviews.

According to HBO Max, “The Big Bang Theory” is currently in the number three slot, and the streamer touts that eight of its originals are in the top 25 series since launch. Those eight shows are “Love Life,” “Doom Patrol” (which technically launched on DC Universe), “Looney Tunes Cartoons,” Elmo’s “Not-Too-Late Show,” ballroom competition series “Legendary,” “Search Party,” “Close Enough” and “Expecting Amy.”

A couple of more substantive nuggets provided by HBO Max are that the platform is seeing higher viewer engagement than HBO Now (users spend 70% more time on HBO Max), and that its audience is significantly younger than that of HBO, with 23% of users falling in the 18-24 age bracket.

HBO Max launched in late May and has so far failed to accrue the kind of subscriber numbers that WarnerMedia was likely hoping for. Just last week, AT&T  described its launched as “successful,” revealing that the new service has helped boost overall HBO and HBO Max customers by 1.7 million over the course of the first six months of 2020.