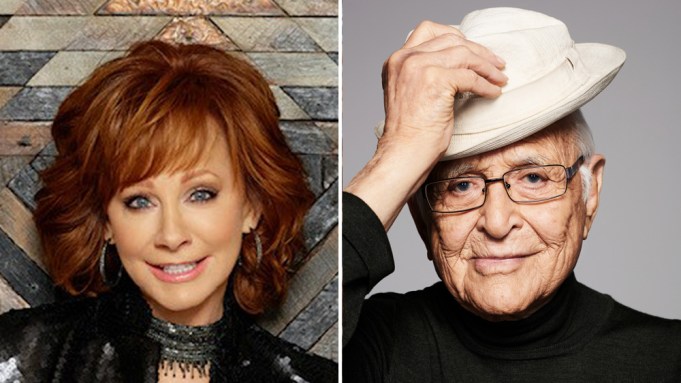 A series based on “Fried Green Tomatoes” is in the works at NBC, with Reba McEntire attached to star and with Norman Lear executive producing, Variety has learned exclusively.

The hour-long drama project is described as a modernization of the novel and movie that explores the lives of descendants from the original work. When present-day Idgie Threadgoode (McEntire) returns to Whistle Stop after a decade away, she must wrestle with a changed town, estranged daughter, faltering cafe and life-changing secret.

The novel “Fried Green Tomatoes at the Whistle Stop Cafe” was originally published in 1987 to considerable acclaim. The film version was released in 1991 and starred Kathy Bates, Jessica Tandy, Mary Stuart Masterson, Mary-Louise Parker, and Cicely Tyson. Tandy received an Oscar nomination for best supporting actress for her role in the film, while Flagg and co-writer Carol Sobieski were nominated for best adapted screenplay.

McEntire is a Country Music Hall of Famer and Hollywood Bowl member. Among the many accolades she has won throughout her career are 16 ACM Awards, 15 American Music Awards, six CMA Awards, three Grammys, and was a recipient of the 2018 Kennedy Center Honor. She is also an accomplished actress, having starred in the self-titled sitcom “Reba” for six seasons, for which she was nominated for a Golden Globe in 2004. Her other TV credits include “Young Sheldon,” “Last Man Standing,” and “Frasier.”

She is repped by WME.

Lear is one of the most iconic television producers of all time, having worked on shows such as “The Jeffersons,” “Good Times,” “One Day at a Time,” “All in the Family,” and “Sanford and Son.” He recently broke his own record for being the oldest person to win an Emmy, picking up the award for best live variety special for “Live in Front of a Studio Audience” at age 98. He won in the same category the year before at age 97. He and Act III are currently under a first-look deal at Sony Pictures Television. The company’s slate includes the reboot of “One Day at a Time,” the docuseries “America Divided,” and the “Live in Front of a Studio Audience” specials. Variety exclusively reported in September that Netflix has ordered an animated reboot of “Good Times” as well.

Flagg’s other novels include works such as “Daisy Fay and the Miracle Man,” “Welcome to the World, Baby Girl!,” “Standing in the Rainbow,” and “A Redbird Christmas.” She is also known for writing for and appearing on “Candid Camera” as well as her appearances on shows like “The Tonight Show,” “Hollywood Squares,” and “Match Game.”

She is repped by WME.

Cecil most recently worked on the drama “Notorious” at ABC. She was also the executive producer and showrunner on ABC’s “Private Practice.” Her other credits include “Hell on Wheels,” “Brothers & Sisters,” “Hostages,” and “90210.”

She is repped by Literate and attorney Bruce Gellman.