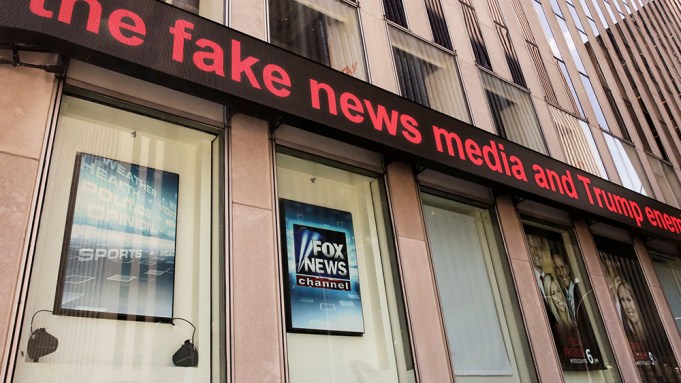 A little-known Washington state group raised eyebrows earlier this month when it filed a lawsuit calling for a judge to keep Fox News from airing false information about the coronavirus pandemic. Now it has raised some hackles, too: Fox News has moved to dismiss the legal proceeding.

The Fox News Media motion, filed Tuesday, asks the Washington state court to reject a suit from a little-known group known as the Washington League for Increased Transparency and Ethics, or WASHLITE, that Fox News says would essentially impose a gag order on its opinion and commentary.  In the filing, Fox News Media says the “claims here are frivolous because the statements at issue are core political speech on matters of public concern. The First Amendment does not permit censoring this type of speech based on the theory that it is ‘false’ or ‘outrageous.’ Nor does the law of the State of Washington.”

“It’s Constitutional Law 101: the First Amendment protects our right to speak openly and freely on matters of public concern,” said Lily Fu Claffee, Fox News Media’s general counsel, in a prepared statement. “If WASHLITE doesn’t like what we said, it can criticize us, but it can’t silence us with a lawsuit.”

Elizabeth Hallock, an attorney who had been representing WASHLITE, said she was no longer involved in the case. Catherine Clark, the organization’s new counsel, said she would respond in time. The suit, she said, was not about prohibiting free speech, but making sure that news organizations convey accurate information.

In a ten-page complaint filed earlier this month in Superior Court in Washington state, WASHLITE sought an injunction to keep Fox News from “publishing further and false and deceptive content” about the coronavirus pandemic. Several Fox News opinion hosts in prior weeks questioned the level of the coronavirus threat, with former Fox Business Network anchor Trish Regan losing her position at the company after hosting a segment with graphics that read “Coronavirus Impeachment Scam” while suggesting liberals were overstating the danger of the contagion.

Arthur West, a member of WASHLITE, told the Times of San Diego in an interview that his group believes Fox News’ earlier commentary on coronavirus “delayed and interfered with a prompt and adequate response” in Washington state.

The Fox News Media filing includes a 61-page appendix with transcripts showing Fox News Channel hosts warning about the severity of the virus, along with commentary from other news outlets that downplays concern about the outbreak.

Since the pandemic has shut down life and business around the globe, Fox News has increased the amount of live programming it has covering the story, and changed some of its daytime schedule to focus more intently on the contagion. Some Fox Business and Fox News anchors, including Lou Dobbs, Liz Claman and Jedidah Bila have had to go into quarantine either because they tested positive for coronavirus or came into recent contact with someone who had. Much of the Fox News Media staff around the nation is working remotely.

Some commentary has continued to draw criticism, including some segments from primetime host Laura Ingraham, who has railed against letting health officials and scientists hold too much sway in the decision-making process about getting the nation back to work. At the same time, President Trump, often in agreement with Fox News’ opinion hosts, has criticized some of the outlet’s news coverage, taking umbrage as recently as this weekend at “Fox News Sunday” host Chris Wallace – a move that prompted several Fox News anchors to come to Wallace’s defense.