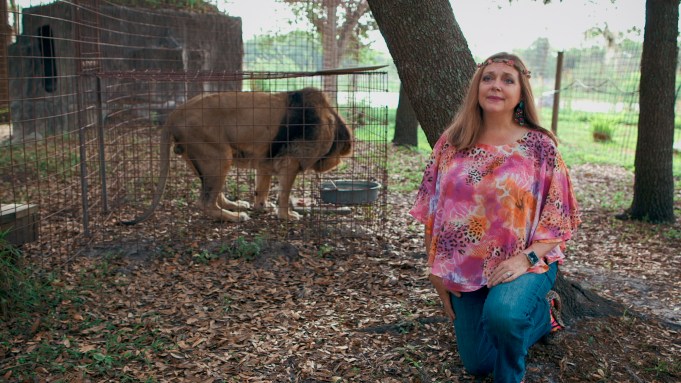 A Florida sheriff has confirmed rumors that the will of Don Lewis, the missing husband of big-cat rights activist and “Tiger King” subject Carole Baskin, was forged.

“They called in some experts to say that the will was a forgery and I had already told them that two months ago,” Chronister said. “They had two experts deem it 100% a forgery.”

Lewis went missing in 1997 and was declared dead in 2002. Fox has reported that his estate, worth up to $10 million, was left to Baskin and cut out his own family. In May, Joseph Fritz, a former lawyer and friend of Lewis, stated that he believed Lewis’ signature on the document to have been forged.

While Chronister could confirm the will was forged, he explained how the statute of limitations leaves options limited for pursuing legal action, as the will has already been executed.

“That’s the only reason. There’s no recourse,” he said. “A judge deemed it valid. So the civil side of it, with the execution of the will [and] disbursement of the funds is one thing. But then you have the criminal side, which is unable to prosecute.”

Chronister confirmed that investigations on the matter have not concluded.

The true-crime docuseries “Tiger King” premiered on Netflix in March and quickly became the most popular media on the streamer. The series follows the feud between Baskin and big cat owner Joe Exotic over his ownership of several big cats.

Exotic is currently in prison for conspiring in the attempted murder of Baskin. Baskin was recently awarded control of the 16-acre zoo property that was owned by Exotic.