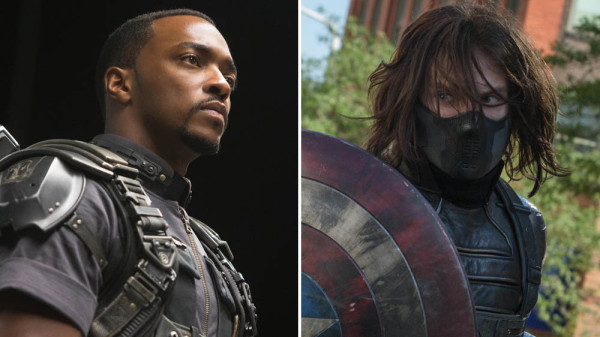 Given that Disney Plus’ upcoming “Falcon and Winter Soldier” series hasn’t been in production since coronavirus shut the set down in March, the chances of it making its August premiere date were approximately zero.

Confirmation that the series’ release has been delayed has arrived, as it was nowhere to be seen on the list of new shows and film coming to Disney Plus next month, which the streamer released Thursday. Precisely when “Falcon and Winter Soldier” will premiere, or even return to production, is still unclear.

The show was about a week into filming in Prague when COVID-19 caused productions across the globe to halt. The cast and crew were recalled to Atlanta, where Marvel shoots the majority of its projects.

Series star Anthony Mackie elaborated on the shutdown situation and the feel of the upcoming series during a recent interview Variety‘s Actors on Actors.

“We were in Europe, and everything got crazy in Europe first,” Mackie said. “So they shut us down two weeks before the U.S. shutdown. It was really amazing just because I feel like we’re the first Marvel show or movie that had budget constraints. And that was always my [experience], ‘It’s Marvel, we could shoot forever.’ And they’re like, ‘Nah.’ So it was a very different experience from the rest of the movies. But at the same time, it was a lot of fun.

Production on “Falcon and Winter Soldier” hadn’t exactly been smooth prior to coronavirus either. Back in January, the show was due to shoot in Puerto Rico, but was forced to postpone shooting after the commonwealth was hit by a series of powerful earthquakes.

“Falcon and Winter Soldier” sees Mackie and Sebastian Stan reprising their roles from the Marvel Cinematic Universe, with Daniel Brühl, Emily VanCamp, and Wyatt Russell also starring. The show is one of several limited series centered on MCU characters currently in the works at Disney Plus. Others are “Ms. Marvel,” “Hawkeye,” “Loki,” “She-Hulk,” “Moon Knight,” and “WandaVision.”

Disney also hit the pause button on production for “Loki” and “WandaVision,” which stars Elizabeth Olsen and Paul Bettany and is slated to be released closer to the end of 2020.