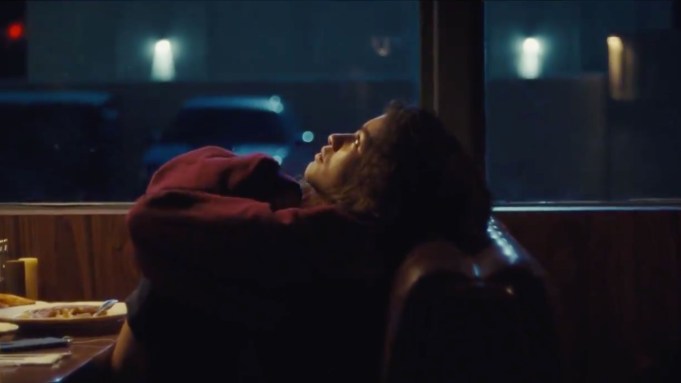 “Euphoria” and its Emmy-winning star Zendaya are back.

It may not be the full-fledged sophomore season of the HBO original series, but the first trailer for a pair of special episodes released on Monday. The first episode is titled “Part 1: Rue” and will stream on HBO Max on Dec. 6 at 9 p.m.

The brief trailer picks up after the Season 1 finale of “Euphoria,” in which Rue (Zendaya) uses cocaine and relapses after her girlfriend Jules (Hunter Schafer) gets on a train and leaves her after their high school winter formal. Rue sits in a diner contemplating her life when she runs into Ali (Colman Domingo), whom she met at her Narcotics Anonymous meetings.

“Euphoria” creator Sam Levinson wrote and directed the first special episode, and HBO has yet to announce the release date or title for the second episode.

Back in September, Zendaya became the youngest person to win an Emmy for best lead actress in a drama for her work on the show. “Euphoria” was nominated for six categories in total, taking home awards in contemporary makeup and original music and lyrics in addition to Zendaya’s win.

The show is produced in partnership with A24 and based on the Israeli series of the same name, which was created by Ron Leshem and Daphna Levin, from Hot.

Watch the full trailer below.