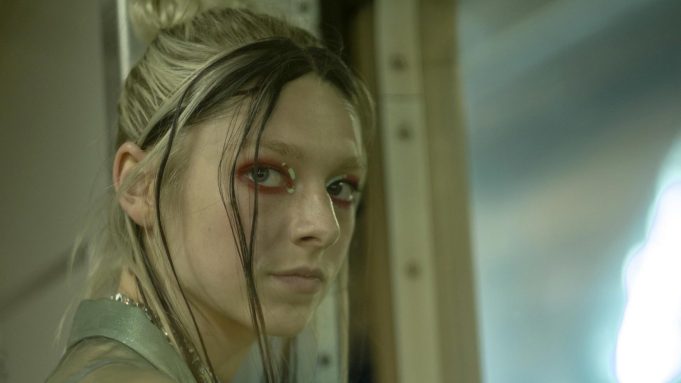 Hunter Schafer is stepping into a new role on “Euphoria.”

HBO has revealed the premiere date for the second “Euphoria” special episode, which Schafer co-wrote and co-executive produced in addition to leading on screen.

The episode, premiering Sunday, Jan. 24 on HBO, is called “F*ck Anyone Who’s Not A Sea Blob” and follows Jules (Schafer) over the Christmas holiday as she reflects on the year. Schafer co-wrote it with series creator Sam Levinson, who also served as director.

It remains to be seen whether the second episode will go the same route as the first in launching several days ahead of schedule on HBO Max. Both episodes were produced under strict COVID-19 production guidelines.

Both specials pick up right after the season 1 finale, in which Rue used cocaine and relapsed after her girlfriend Jules got on a train and left her after their high school winter formal.

The first episode was essentially a two-hander between Rue (Zendaya) and Ali (Colman Domingo), as they sit in a diner, contemplating their lives. Rue met Ali at her Narcotics Anonymous meetings in season 1 and the episode examines the motivation behind her relapse.

“Euphoria” is executive produced by Zendaya, Levinson, Kevin Turen, Ravi Nandan, Drake, Future the Prince, Hadas Mozes Lichtenstein, Ron Leshem, Daphna Levin, Tmira Yardeni, Mirit Toovi, Yoram Mokady and Gary Lennon. Will Greenfield serves as a co-executive producer. The show is produced in partnership with A24 and is based on the Israeli series of the same name, which was created by Ron Leshem and Daphna Levin, from HOT.