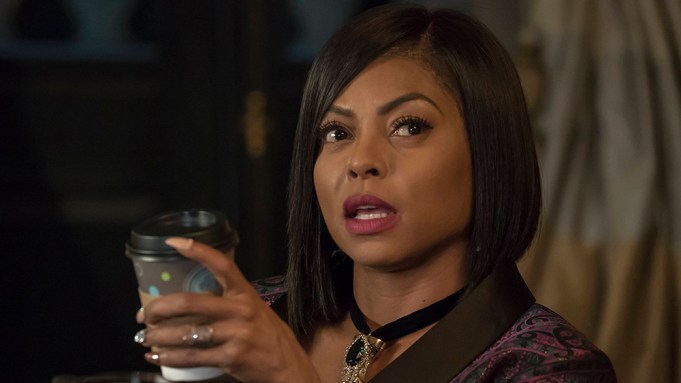 Taraji P. Henson is developing a spinoff series centered around her iconic “Empire” character Loretha “Cookie” Lyon at Fox, as part of a two-year first-look deal she has signed with the show’s producer 20th Century Fox Television.

Details on the prospective series are sparse, other than it “follows what’s next for Cookie,” and that should it be ordered to pilot, Henson will of course star and produce.

“Empire” co-creator Danny Strong is writing the series alongside Stacy A. Littlejohn and Yolonda Lawrence, with Sanaa Hamri on board to direct. Lee Daniels will serve as a non-writing EP alongside Imagine Entertainment’s Brian Grazer and Samie Falvey.

“Empire” ended its six-season run earlier this year, and both Henson and Daniels have long teased that a spinoff series was always on the cards. Henson’s fiery Cookie was considered by many to be the beating heart of the series, and a large reason behind its sustained popularity. Her performance as Cookie garnered her three Emmy nominations and a Golden Globe back in 2016.

The potential furthering of Cookie’s narrative comes as Henson launches her own production company called TPH Entertainment. She has tapped Christine Conley, who most recently served as vice president of TV at Tim Bevan and Eric Fellner’s Working Title, to run the company by her side.

Henson’s deal with 20th Century Fox Television will see her and TPH develop projects for the studio across multiple platforms.

“I believe that normalizing stories around stigmatizing matters will make them more palatable for audiences to embrace. Art can change perception and I plan to develop projects that can help further the conversation. I also aim to help cultivate and establish new young talent and their stories because they are our future and deserve a voice and a platform to be heard.  I’m so excited to have 20th, led by the talented Carolyn Cassidy, support me in this new endeavor,” said Henson in a statement.

“We were lucky to have a front row seat to Taraji’s meteoric rise as a fixture on television through ‘Empire.’ Through that relationship everyone at the company grew to appreciate her passion for storytelling and her strong creative gut instinct,” added 20th Century Fox TV president Carolyn Cassidy. “With ‘Empire’ finished we look forward to helping her explore stories that need to be told through her talent and advocacy.”

Henson is represented by UTA and Ziffren Brittenhamm, Conley by attorney Patti Felker.