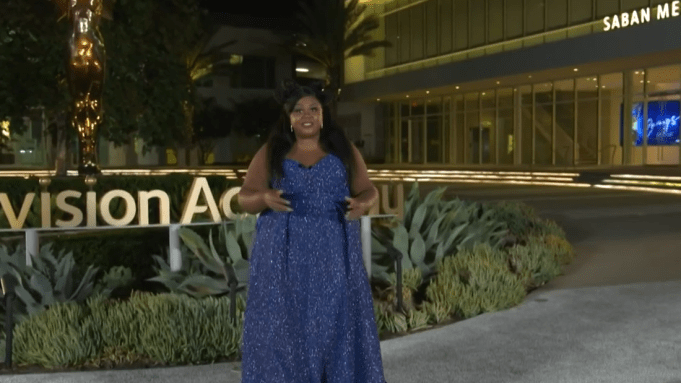 The Creative Arts Emmys, which is normally an in-person event at the Microsoft Theatre over two nights the weekend before the Primetime Emmy telecast, will instead take place Sept. 14 to Sept. 17, and again on Sept. 19, all hosted by Nicole Byer (“Nailed It”).

Among the big winners were “Queer Eye” as well as HBO’s “The Apollo,” which was named outstanding documentary or nonfiction special. CNN’s “Apollo 11” won three awards, while VH1’s “RuPaul’s Drag Race” won casting for a reality program for the first time, as well as outstanding picture editing for a structured reality or competition program.

It was also a good start for Netflix, which earned the reality directing Emmy for “Cheer,” which picked up two awards, as did the streamer’s “American Factory.” Netflix earned five Emmys on night one, while CNN and Nat Geo had three.

Sir David Attenborough won his third consecutive Emmy for outstanding narrator, this year for BBC America’s “Seven Worlds, One Planet: Antarctica.” He had previously won for “Blue Planet II” and “Our Planet.” And in hosted nonfiction series or special, A&E’s “Leah Remini: Scientology and the Aftermath” won its second Emmy (having previously won in 2017 for outstanding informational series or special). Noting that her show has been canceled, Remini called the win bittersweet.

The first four Creative Arts Emmys shows are being streamed on Emmys.com, while the Saturday show will air on FXX, all at 5 p.m. PT. Byer pre-taped all of her segments at the Television Academy’s North Hollywood headquarters, while every nominee was asked to send in an acceptance speech, which will be run only if the person or show wins. According to TV Academy president Maury McIntyre, about 96% of nominees have participated.

Bob Bain Prods. is behind all five Creative Arts Emmy ceremonies. The Academy decided to spread the 100 Creative Arts awards over five nights in order to make each virtual program a much easier watch. Sept. 14 will focus on artisans categories for reality/nonfiction, while Sept. 15 is variety and Sept. 16-17 centers on scripted. The FXX telecast includes marquee guest star categories, and each Academy peer group also got to pick one category to spotlight.

The big event, of course, is Sunday night, Sept. 20, as Jimmy Kimmel hosts the 72nd Emmys live on ABC. As Variety has reported, Kimmel will broadcast from a stage in the Staples Center, while camera operators will be stationed with almost every nominee, in order to bring the winner live onto the telecast once their name is announced.

Heading into this week of Emmys, Netflix is the clear leader with a record-breaking 160 nominations, while HBO’s limited series “Watchmen” has the most nominations of any program, at 26. Amazon Prime Video’s “The Marvelous Mrs. Maisel” has the most of any comedy, at 20 nods, while HBO’s “Succession” and Netflix’s “Ozark” are tied for the most among dramas, at 18 each.

Find the complete list of nominations here, while you can read an interview with Kimmel here and with the Primetime Emmy producers here. Already, juried Emmy awards have been handed out to “Zoey’s Extraordinary Playlist,” “Archer,” Genndy Tartakovsky’s Primal” and others.

Here are Monday’s nominees and winners:

Outstanding Casting For A Reality Program

Outstanding Cinematography For A Nonfiction Program

Outstanding Cinematography For A Reality Program

Outstanding Directing For A Documentary/Nonfiction Program

Outstanding Directing For A Reality Program

Outstanding Picture Editing For A Structured Reality Or Competition Program

Outstanding Writing For A Nonfiction Program