How to Watch the 2020 Emmy Nominations 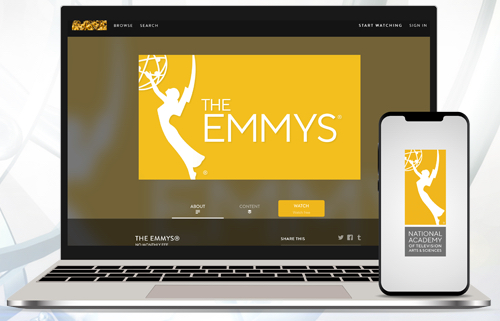 The 72nd annual Primetime Emmy Awards nominations will be revealed on Tuesday, dropping the prestigious list of names that will compete for the Television Academy’s top honors. And, as with many pandemic-era announcements, TV buffs can watch nominations from the comfort of their own homes.

The announcement will take place over a live-stream in accordance with health and safety guidelines. The ceremony, hosted by “Saturday Night Live” star Leslie Jones, will start at 8:30 a.m. PT/11:30 a.m. ET and be available on the Emmys website, Facebook and YouTube. Laverne Cox, Tatiana Maslany, Josh Gad and Television Academy chairman and CEO Frank Scherma will also present the nominations.

The eligibility period spanned from June 2019 to the end of May 2020, meaning many of the nominated shows will have finished shooting before the COVID-19 pandemic shut down production. But even with the actual award show, Sept. 20 on ABC, not inviting nominees to an in-person event or official after party, the competition to secure a nomination has not died down.