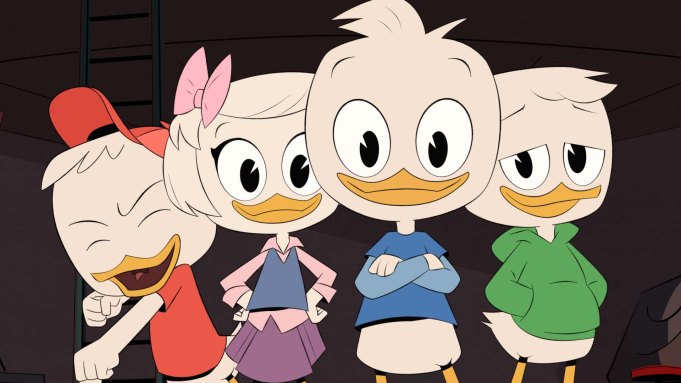 The “DuckTales” reboot will not continue past its current third season on Disney XD.

“The talented creative team, led by Matt Youngberg and Francisco Angones, have delivered exceptional storytelling with uniquely reimagined characters for three seasons of 75 episodes and more than 15 shorts,” a Disney XD spokesperson said in a statement. “While physical production is wrapping, ‘DuckTales’ continues to be available on Disney Channels and Disney+ around the world and fans will get an epic season finale in 2021.”

The reboot of the popular animated series was first announced in 2015 and premiered in 2017. Like the original, it followed Scrooge McDuck and his nephews — Huey, Dewey, and Louie — and a variety of other characters. Season 3 began airing earlier this year, with the most recent episode airing on Nov. 30.

The original series aired from 1987-1990 as part of The Disney Afternoon daily cartoon block, and spawned an animated theatrical release in 1990 as well.

But fans of waterfowl and classic Disney animation need not fret, for another reboot could soon be coming to the small screen. Variety exclusively reported in November that a reboot of “Darkwing Duck” is in early development at the streaming service Disney Plus.

Darkwing and his adopted daughter Gosalyn appeared in the rebooted “DuckTales” already. In that version, Darkwing is a fictional character from an old superhero TV series. In Season 2, Drake Mallard, the president of the Darkwing Duck fan club, gets the chance to become Darkwing in real life and begins fighting crime. Gosalyn was introduced in Season 3.