‘The Mandalorian’ to Return in October, ‘The Falcon and the Winter Soldier’ to Premiere in August 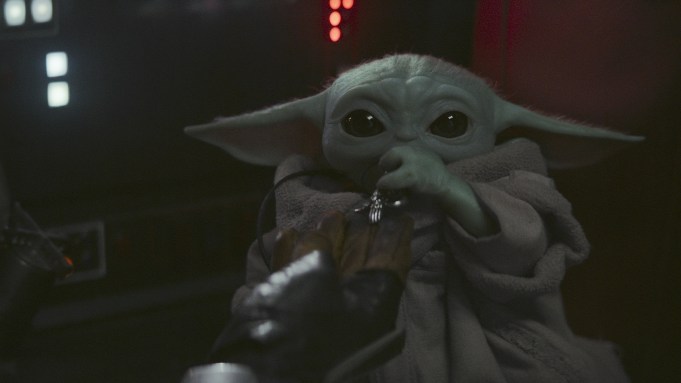 Marvel’s “The Falcon and the Winter Soldier” will premiere in August, while “WandaVision” will make its debut on the streaming service in December.

Iger also floated the possibility of infusing “The Mandalorian” with more characters and taking their “stories in new directions,” nodding to potential for spinoff series.

The chief exec disclosed that Disney Plus, as of Monday, had accrued 28.6 million paying subscribers, confirming Variety‘s earlier reporting of an expected 25 million to 30 million subs. By Dec. 28, the streamer had 26.5 million paid subscriptions, per the company’s quarterly report. Disney topped forecasts for the quarter, ended Dec. 28, and much of the call — as anticipated — focusing on the new streaming platform.

The move to create original series for the streamer has paid off, in Iger’s view. He told analysts on the call that 65% of Disney Plus subscribers who had watched “The Mandalorian” had watched at least 10 other things on the service.

“The decision that we made to go with quality and not just volume is working,” he said on the call.

Iger added that the company is working on plan to expand Hulu internationally in 2021 but at the moment, Disney Plus is a “priority.”

“We had a strong first quarter, highlighted by the launch of Disney+, which has exceeded even our greatest expectations,” said Iger in the earnings report. “Thanks to our incredible collection of brands, outstanding content from our creative engines and state-of-the-art technology, we believe our direct-to-consumer services, including Disney+, ESPN+ and Hulu, position us well for continued growth in today’s dynamic media environment.”