‘Mulan’ to Premiere on Disney Plus as Streamer Surpasses 60.5 Million Subscribers 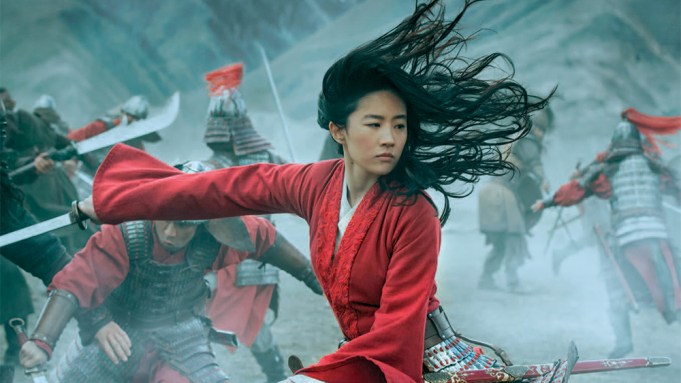 Even amid a pandemic that has battered major parts of its business, including theme parks and studio entertainment, Disney flexed the power of its streaming service Tuesday, releasing whopper subscriber figures and announcing that its tentpole film “Mulan” will bypass American theaters and go straight to Disney Plus next month.

Disney Plus now has over 60.5 million paying subscribers as of Aug. 3, just nine months after the launch of the direct-to-consumer streaming platform. And after several delays to its theatrical release date, Disney CEO Bob Chapek said that “Mulan” will premiere on the service on a “premiere access” basis on Sept. 4 for $29.99. The film will be released theatrically in markets in which access to the movie on Disney Plus is not available.

Chapek was quick to emphasize on the call with analysts that the “Mulan” release on Disney Plus is a one-time event.

“We’re looking at ‘Mulan’ as a one-off, as opposed to saying there’s some new business windowing model that we’re looking at,” he said.

“We find it very interesting to take a premiere offering to consumers at that $29.99 price and learn from it,” said Chapek, noting that they would study the number of transactions and the number of subscribers generated by the movie.

He also said that the premiere access window created on Disney Plus for “Mulan” acts as a “fairly large stimulus” for new consumers to sign up for the streaming service.

Between Disney Plus, Hulu and ESPN Plus, the company has surpassed 100 million in global SVOD subscribers. That has made the company “even more confident about our future” and encouraged them to be “more aggressive” with programming. During the last earnings call, Disney reported 54.5 million worldwide subs. Chapek highlighted the 15 Emmy nominations earned by the service’s flagship live-action “Star Wars” series “The Mandalorian.”

Hulu’s total subscribers have reached 35.5 million as of June 27, up 27% from the year ago quarter. Of those subscribers, 3.4 million take the SVOD Hulu service as well as the Hulu Live virtual MVPD service. Hulu Live subs are up from 2.2 million in the year-ago frame.

ESPN Plus now has 8.5 million subscribers.

At this stage of the ongoing coronavirus pandemic, the company’s direct-to-consumer and international segment is the only division that generated year-over-year revenue growth during the quarter, rising 2% to $4 billion. The unit delivered an operating loss of about $706 million, which was $200 million less of a loss than previously forecast, thanks to the growth of Disney Plus and Hulu.

Disney’s direct-to-consumer offering is a “top priority and key to the future of the company,” said Chapek on the call.