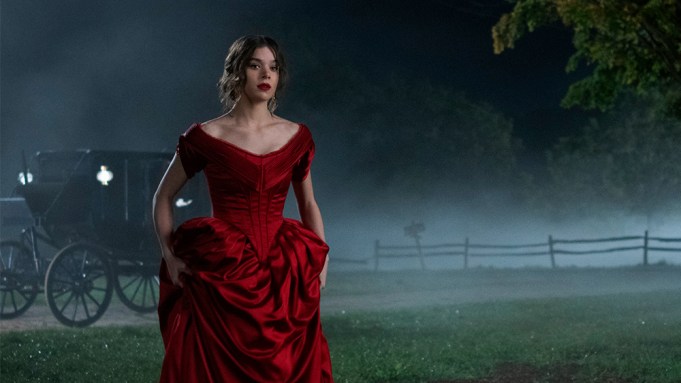 “Dickinson” is getting the luxury of a few more wild nights with a third season.

Apple has renewed the series, which stars Hailee Steinfeld as Emily Dickinson, for a third season and announced that season 2 will premiere Jan. 8, 2021 on Apple TV Plus.

The streamer also released a first look at the upcoming season, in which Emily is pulled out of her private literary life and thrust into the public eye, while struggling with the sense that the pursuit of fame might be a dangerous game for her to play.

“Dickinson” is created, written and executive produced by Alena Smith. Steinfeld also serves as an executive producer. As with season 1, the second season will launch three episodes on premiere day, and then settle into a weekly release every Friday. “Dickinson” was picked up for season 2 almost a year ago, alongside fellow freshman Apple series “See,” “The Morning Show” and “For All Mankind.”

The series is produced by wiip, Anonymous Content and Sugar23. Michael Sugar and Ashley Zalta exec produce for Sugar23 Productions; Alex Goldstone for Anonymous Content; and Paul Lee and Josh Stern for wiip.