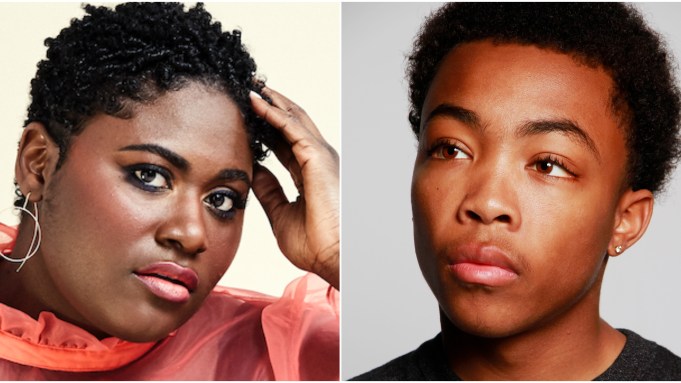 From Hilary Weisman Graham, who serves as creator and showrunner, the eight-part series is set in the first few months after the coronavirus pandemic sweeps the globe. Each episode is a standalone one that was shot remotely in the actors’ real-life homes across the country.

Blackk stars alongside his real-life father Ayize Ma’at; Lovie Simone is also in that same episode.

The other four episodes casts are:

“Many of these stories required casting actors who were quarantined with other actors,” said Graham. “That hurdle seriously hindered our options and so casting non-actors was sometimes essential. It was definitely a roll of the dice, but thankfully, we were thrilled to discover that talent really does breed talent. These family members may not have had aspirations to be in front of the camera when we first started, but they should all quit their day jobs immediately.”

Each episode will focus on specific character relationships and what they are experiencing in a time of social distancing and societal unrest.

“Time moves in such a strange way during quarantine and each episode is time-stamped,” Graham previously told Variety. “We tie each episode into something that was going on in real life, on social media or a news story that some character is coming across.”

Since many of the connections during self-isolation are done through technology, the show leans into that, as well, featuring Zoom and FaceTime calls, as well as scenes witnessed through the points of views of video doorbells and nanny cams, for example.