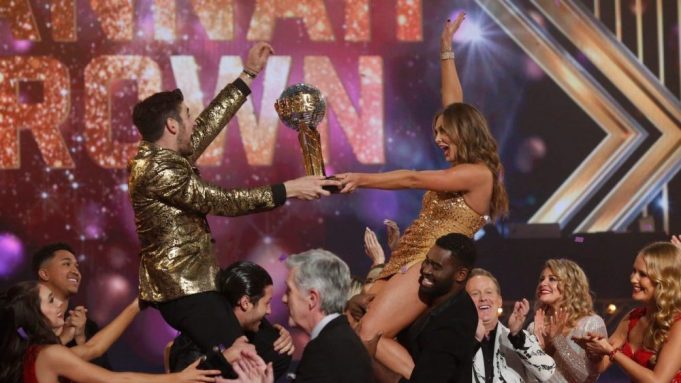 The next season of “Dancing With the Stars” will premiere on Sept. 14, indicating that ABC has managed to figure out a way to produce the show during the coronavirus pandemic.

The network says that additional production details will be announced at a later date. “Dancing With the Stars” is a high-energy competition series that brings pro dancers and celebrities very close to one another for performances, training, rehearsal and choreography, which would make social distancing complicated.

When the pro dancers were announced Tuesday on “Good Morning America,” some of the COVID-19 safety protocols were announced, though vaguely. The pros will need to live apart and will be unable to interact with each other. Producers told the pros — many of which are real-life couples — that they will not be able to live together, in order to stay safe during the pandemic.

However, despite COVID-19, ABC has successfully managed to find a creative way to produce another one of its other shows, “The Bachelorette,” which also has contestants in close proximity to each other, given the nature of a dating show. The upcoming season is currently in production at a private resort where the entire cast and crew is quarantined and essentially working in a bubble to keep the set safe with regular testing and temperature checks occurring.

In addition to announcing the premiere date for “Dancing With the Stars,” the network also announced the roster of pro dancers who will be competing with celebrities on the upcoming season.

Season 29 will be hosted by Tyra Banks, after the sudden departure of longtime host Tom Bergeron and Erin Andrew.

Banks will also serve as executive producer, and the new season is said to be a “fresh take” on the format with new creative changes, though specific changes have not been announced yet.