Continue to Variety SKIP AD
You will be redirected back to your article in seconds
Sep 16, 2020 4:10pm PT 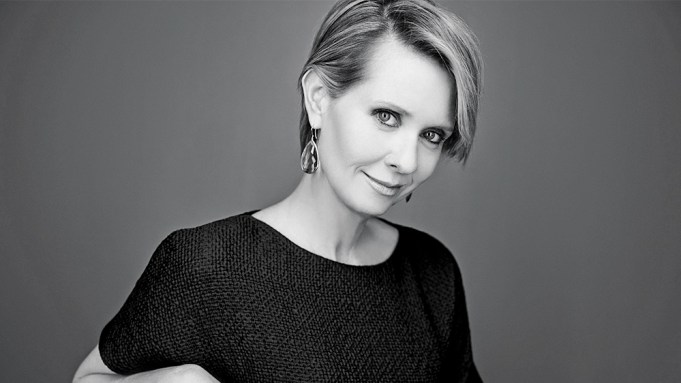 Production on HBO’s “The Gilded Age” shut down three days before it was slated to begin back in March, and actor Cynthia Nixon has finally had her first fitting as the industry begins to ramp back up.

She was picked up at her New York City apartment by a Teamster driver.  “I showed him my green screen saying I had passed my [daily COVID] questionnaire,” Nixon said on Thursday’s episode of the Variety and iHeart podcast “The Big Ticket.” “He showed me his phone with his green screen. He was also behind an awful lot of Plexiglass at the front of the vehicle. I was in the back of the vehicle.”

Cameras will start rolling on the HBO series on Sept. 29. The show revolves around the influx of newly wealthy people in New York City in the 1800s during the Industrial Revolution. “The Gilded Age” was originally set at NBC in 2012, but never got off the ground, even after a series order in 2018. In spring 2019, the show moved to HBO.

COVID safety protocols will add an “enormous amount of time” to the shooting schedule, Nixon said.

“We have a lot of women in our cast,” she said. “Between the corsets and the wigs and the hats, it takes a while for each of us to get dressed, and they have greatly scaled down the wardrobe personnel,” Nixon said. “So I think on a day when there are six of us shooting and let’s say four or five of us are women, we’re only going to have two wardrobe people to do that. That’s going to be an enormous amount of people waiting around.”

The use of extras on set has also been significantly cut back. “I think there are a lot of things that are being CGI-ed that previously would have been background actors,” Nixon said.

Despite the production changes, everyone was prepared to start shooting again. “Knock on wood, I think they’ve done an amazing job at what I’ve seen so far,” Nixon said. “They’ve been very much in contact with us throughout the past months. We’ve had Zoom call after Zoom call, hearing all the precautions and all the medical people who have been hired.”