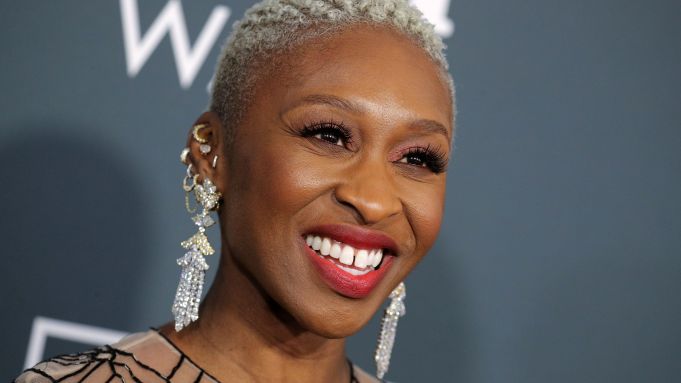 On top of her packed singing and acting schedule, Cynthia Erivo is adding documentary producer to her list of credits.

Erivo, who is set to play the Queen of Soul Aretha Franklin in the Nat Geo series “Genius” later this year, will executive produce a new docuseries coming to Quibi called “What We Keep.”

The series is based on the on the book of the same name by Bill Shapiro and Naomi Wax, and will take viewers into the homes of famous and remarkable people to find out what object means the most to them and why.

Shapiro and Wax will executive produce alongside Erivo, “Icarus” producer Dan Cogan, “What Happened, Miss Simone” director Liz Garbus, and Jon Bardin. The series will be directed by Penny Lane, whose previous doc credits include “Our Nixon” and “Hail Satan,” and produced by Gabriel Sedgwick.

Here’s the logline for the series: “In our current collective world experience, objects that provide comfort, memories, and safety are more important than ever. ‘What We Keep’ features unforgettable stories of deep love, pure inspiration, and great humor — and reveals these items as reminders of who we are.”

“What We Keep” hails from Story Syndicate, a New York-based production company helmed by Garbus Cogan. The outfit’s other project include “The Innocence Files” for Netflix, and the forthcoming HBO six-part series “I’ll Be Gone in the Dark” about Michelle McNamara and the pursuit of the Golden State Killer