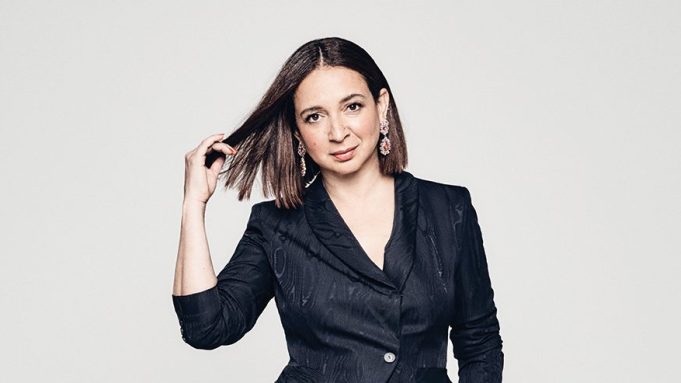 Night 4 of the Creative Arts Emmys was headlined by Quibi winning prizes at TV’s top awards.

The short-form content producer went home with two statuettes on Thursday night, both of which went to actors from the series “#FreeRayshawn.”

Legendary “Matrix” star Laurence Fishburne won his third individual Emmy for his portrayal of  Lt. Steven Poincy, and then the very next award went to “Hamilton” alumna Jasmine Cephas Jones for playing Tyisha.

Another category worth looking out for on the night was voice-over performance, which saw Maya Rudolph win her first Emmy for voicing Connie the Hormone Monstress on Netflix’s “Big Mouth.” She could potentially pick up another come Sunday, as she is nominated for both “Saturday Night Live” and “The Good Place” in the guest actress in a comedy category.

“Schitt’s Creek” kicked off the penultimate Creative Arts night by winning its first, and likely not last, Emmy of 2020 for casting. However, in typical “Schitt’s Creek” fashion, the award giving didn’t go totally to plan, as the show was mislabelled as “Shitt’s Creek” in one frame. “Succession” picked up the equivalent gong for drama.

Who would have thought that Forky would be in Emmy winner? Well after Thursday night, the lively plastic fork is just that, as Pixar’s “Forky Asks A Question: What Is Love?” spooned up the prize for short-form animated program.

Forky still has some way to go for a potential EGOT, but two people who are now much closer to completing the impressive feat are Trent Reznor and Atticus Ross, who are now just a Tony away. The duo won for music composition for their work on the HBO limited series “Watchmen.”

Thursday’s proceedings were once again being host by Nicole Byer, who is emceeing each night of the Creative Arts Emmys.

“If this is your first time tuning in, how dare you, I deserve all of the eyeballs on me,” Byer quipped in her intro.

The “Nailed It!” host pre-taped all of her segments at the Television Academy’s headquarters in North Hollywood, and every nominee was asked to send in an acceptance speech. Around 96% of nominees participated, per TV Academy president Maury McIntyre.

Here are Thursday’s nominees and winners:

Outstanding Actor In A Short Form Comedy Or Drama Series

Outstanding Actress In A Short Form Comedy Or Drama Series

Outstanding Casting For A Comedy Series

Outstanding Casting For A Drama Series

Outstanding Stunt Coordinator For A Comedy Or Variety Program